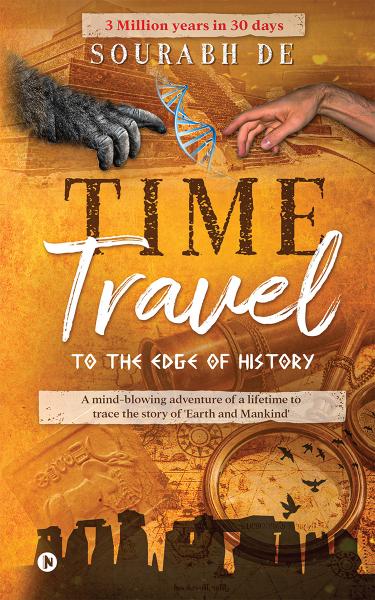 Time Travel To the Edge of History

3 million years of Human history jolted in the right direction.

33000 years back, humans turned one of their bitter enemies into a loyal friend. Who was this enemy? And how did this 'enemy' help Homo sapiens to get to the top of the food chain?

A ball of dung rolled by a beetle transformed humanity. How did that happen?

A human being riding a bicycle is the second most efficient locomotive on Earth. What is the first?

How did humans survive the Toba Super-Volcano eruption 70,000 years ago?

What's the connection between a prehistoric hominid fossil to the music band Beatles?

Why has no one been able to find the tomb of Alexander the Great?

Was it really Columbus who discovered the Americas?

Who is the 'loneliest man and the 'oldest surviving human tribe’?

When a playful tweenage daughter asked umpteen, incessant questions to her dad, the only way to answer was to embark on an adventurous journey across continents and millennia to put the pieces of human civilization and rediscovering oneself.

From a one-million-year-old fireplace to treks through jungles and caves, from being hunted to becoming the hunter; the journey of knowing nothing to questioning everything and then back to knowing nothing.

Would the father-daughter duo get their answers? Can she find her place in history and the universe? 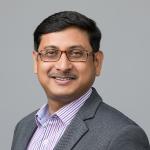 During the day, Sourabh is the quintessential corporate creature, for more than two decades. At other times, he turns into an amateur archeologist and historian. An avid quizzer and global traveler, this 46-year-old is afflicted by a disease called ‘curiosity’. He has ventured into some of the most inaccessible places on Earth, with his astronomical telescope gear and field notes. Having lived in 18 cities, the whole world is his home and Vasudhaiva Kutumbakam is his mantra. As for his DNA, that’s the same as everyone else, ever since modern humans, Homo sapiens, emerged 300,000 years ago in Africa.

He weaves stories to provoke germinal questions about history and universe. When it gets too heavy, he switches to light-hearted short stories from the world and 'live' people around him, as well as the 'ghosts' from the past. One day, Sourabh hopes to solve the conundrum, whether ‘existence’ is indeed a trillion-episode, intergalactic Matrix-like reality game show on prime-time, which the producer can take off-air, as we speak.