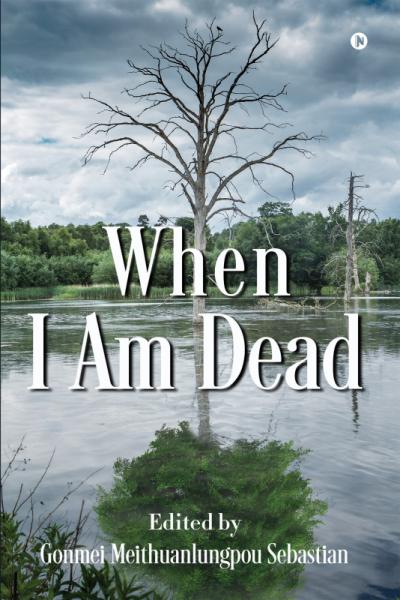 When I Am Dead

This book is a rehearsal not only for death but for a better life. It tries to touch the most beautiful and challenging question of life from birth to death and the aftermath. It is also a framework of life for the writers with powerful messages for the readers. The thoughts in this book are not just philosophical, but it include dreams, testimonies, achievements, failures, and the hope for something and the legacy the writers wish to leave behind, if not remembered. It is honestly shared and written by people from different walks of life. The simple and honest purpose of this book is to remind everyone about death and help them correct their vices and lead a more virtuous and prepared life. It will also be a reawakening for all to the final reality of life which no one can ignore. May all the readers be blessed with a glorious death with the hope and commission of the resurrected life after death through Christ Jesus.

Gonmei Meithuanlungpou Sebastian at present is the Vice Principal (Acting Principal) and Head of Anthropology Department of Mount Everest College, Senapati, Manipur. He also served as IGNOU Coordinator SC-1712 from 2010 to 2015. He has authored and published the book Lessons from my Teachers: Rongmei Folk Tales and Naga Proverbs in 2015.

As an academician, he has attended many seminars and contributed some scientific papers for publication. His works which were published so far are:

1. “The Changing Trend of Rongmei Women Status of Tamenglong District, Manipur, India” in the book ‘Indian Women Through Ages’ in 2015, Page-263-279.

3. “Dietary Habits and Nutritional Deficiencies among the Maram Naga Children of Manipur” In the journal ‘Indian Anthropologist’ Vol. 45(2) July-December 2015, Page 11-24.

Scientific papers presented by him in the seminars are: 1. “Bandh and Blockade: The causes and remedy.” 2. “Tourism: Its Development with Cultural Heritage in the Hill Districts of Manipur.” 3. “Indigenous Foods and Beverages of the Rongmei Nagas.”

He also contributes articles on ordinary topics of the society in local dailies. He is very much interested in promoting the tourism industry of Manipur and his forth coming book is called Beautiful Manipur Hills.