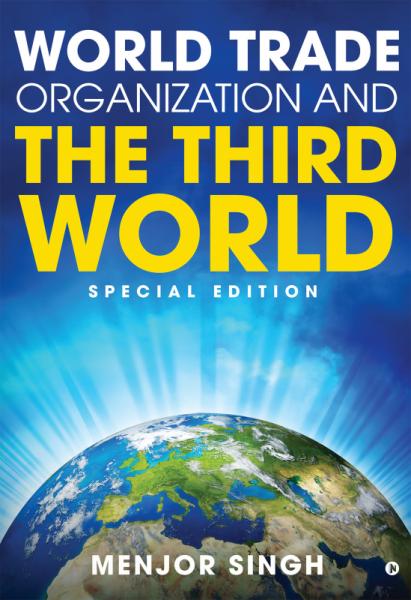 The book, World Trade Organization and the Third World neatly traces the background against which the General Agreement on Trade & Tariffs(GATT) was formed with the objective of upholding free and fair trade at global level, until the Final Agreement was arrived at under GATT.

An overview is made about the results of the various rounds of trade talks /negotiations concluded so far under the aegis of GATT, in particular, about the Uruguay Round and its results.

It also clearly discusses the various measures against unfair trade practices, Contingency Trade Measures for Improvement of Global Trade and the agreements reached so far in both traditional and non-traditional trade areas/sectors, and their implications on Third World countries including India.

It embarks well upon the experiences of the developing and the less developed countries in the Third World, and suggests different ways to negotiate in future.

It has been well-proven in this book that the Ministerial Conferences at WTO level are a bit uncertain and unpredictable.

The book thus unfolds the deficiencies and imbalances witnessed under the WTO system, and points out the critical choices to be made by the member nations of WTO in future negotiations.

While discharging his official work as a Joint Director, Higher Education (University), Govt. of Manipur, India. He was also more into research work and others guiding Ph.D. scholars. He took a voluntary retirement in 2010, with a hope of serving the poor and down-trodden people in particular.

He is presently engaged with many projects both at governmental and non-governmental levels, also in writing and publishing his other books and research works.