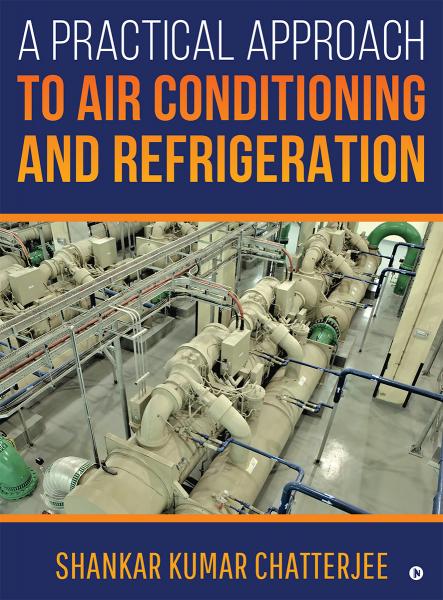 A Practical Approach to Air Conditioning and Refrigeration

For the air conditioning and refrigeration professional trying to make a mark in this rapidly growing industry, there is no dearth of guidebooks to explain the theoretical aspects. But he soon realizes that he must learn to apply the theory in line with the shifting focus of the industry towards new areas of concern like energy-efficient and environment-friendly solutions and indoor air quality. He also learns that to climb the ladder in his profession, he must master the ways of street-smart, on-site AC&R professionals.

Chatterjee has distilled his 37 years of experience in India and abroad into this book – a balanced blend of practical solutions to issues faced in real life during on-site activities and their correlation with AC&R theory. A veritable treasure of knowledge, information and practical tips, this book is a must-read for AC&R professionals and a must-have for engineering college libraries.

“Chatterjee is uniquely suited to author this book. He has been a diligent practitioner and has gained wide experience in project execution and post-installation servicing of a wide range of air-conditioning and refrigeration plants and systems, both in India and abroad.”

Armed with a diploma in air conditioning and refrigeration, Shankar Kumar Chatterjee joined Voltas Limited, a Tata enterprise, in 1977. He served the company in various capacities in its Kolkata, Delhi and Mumbai branches, executing and heading HVAC&R projects. He shifted to the Emirates Trading Agency (ETA), Dubai, in 2003 to head three massive district cooling projects. One of them was the 42,000 TR DCP-1, which included a thermal storage system catering to the chilled water requirements of The Burj – the world's tallest tower and one of its most iconic buildings – and several other important buildings in downtown Dubai.

In 2010, he returned to India to join Sterling and Wilson as the general manager of HVAC projects in its Kolkata branch, from where he superannuated in 2013 at the age of 65. Thereafter, he took up a one-year special assignment with Al-Futtaim, Dubai, as a senior project manager for a district cooling project in Qatar.

During his tenure of 37 years, he handled almost all types and capacities of HVAC&R systems, including marine installations such as frigates for the Indian Navy – the largest warships built in the country till that point of time – at Garden Reach Shipbuilders & Engineers Limited (GRSE), Kolkata.

This book is the distillate of Shankar Chatterjee’s five decades of hands-on experience.