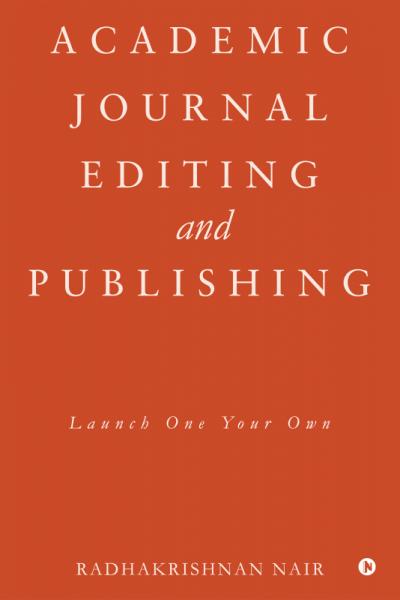 Academic Journal: Editing and Publishing Launch One Your Own

World University rankings were announced by Thomas Reuters and The Times. As an Indian, besides being one teaching for nearly five decades, I was eager to know the results of the announcement. I showed enough concern. Where have our good Indian universities/higher educational institutions been placed? I set my eyes on top ranks, and it didn’t give me anything to be proud of. My eyes crossed over more than two hundred and fifty names of universities of the world, including those of some not so “developed countries.” But I came across no name of Indian institutions/universities. This upsets me.

What made the Indian educational scenario virtually get eclipsed by the scenarios of the rest of the world?

I drew a comparison between the higher education in India with that of many other countries. The World Education scene in general occupied a higher level of degree in research and publication than that of the Indian Education scene. Research flourishes when research is brought to light through publication. I always advocate sound growth in Indian Education. This can be achieved if we improve journal publication. This awareness has resulted in this book. Therefore, Journal Publishing is a Cultural Imperative.

This -book is designed to help readers understand what a journal is, the people who are responsible for the creation and production of this journal, how a journal is published, where a journal flourishes, and why it is mandatory in education development. I have taken materials from all over the world and all these sources have been acknowledged in the references, but for them, this book would not have been a reality.

D. Radhakrishnan Nair is an Emeritus Professor/Editor at SCMS Cochin School of Business. He is a faculty member who has had a long, distinguished career as Professor of English Language, Literature, Cultural studies, and English Communication. He was the Director of Mahatma Gandhi University Research Centre in English. He is the author of the award-winning book on Narratology, and is also the author of other seminal books and published papers. He has presented papers at International conferences, on narratology and literary comparatistics. Besides being a speaker for many academic and social causes, he is the editor of a double blind peer reviewed, academic journal in Business and Management Studies embedded in databases: Cabell’s, J-Gate, ICI, EBSCO, ProQuest, and Ulrich’s. One of the leaders of popular movements like “Against Establishment of Atomic Reactor in Kerala” (1982-90), he is a teacher with five decades of experience in teaching English. He has organized many UGC Seminars, academic conferences, and refresher courses for the University and college teachers. Dr. Nair adorned several academic and administrative positions in colleges and universities.