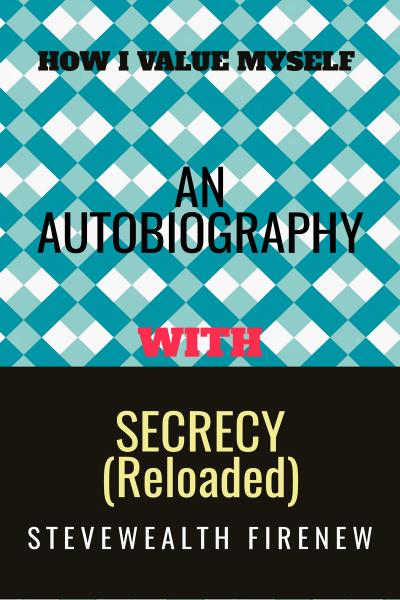 An Autobiography With Secrecy (Reloaded) How I Value Myself

This informative book entitled, An Autobiography With Secrecy (Reloaded)---How I ValueMyself is a book which seeks to lead the reader into benedictory secrets and mysteries and to the deeper realms of higher heights in The LORD of the Spirits, Who is the Creator of all things. It gets the reader back to the sense of His Truest and Most Original Identity as far as GOD with HIS Christ is concerned.

An Autobiography With Secrecy (Reloaded)---How I Value Myself instructs, teaches and enlightens you on the paths of one's original being as one of the Gods of creation yet appears on the terrestrial plane as Man therefore, no matter the countless numbers of your personal experiences and encounters, you have the endurance and tenacity to be 'Making It Now!' for you are the God over such mysterious happenings.

An Autobiography With Secrecy (Reloaded)---How I Value Myself further reveals that as being a Man, you are truly both Human and Divine because you share in the Original Being of GOD Himself as well as with the Gods of all creation.

An Autobiography With Secrecy (Reloaded)---How I Value Myself further reveals that Man is a mortal being yet shares Immortality with the Supreme GOD and with the Gods of all creation. It says "You are God in this Physical Universe" and so rule and reign as such. You are Hyperion! 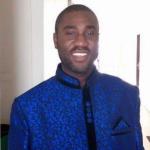 Despite hailing from an extremely, humble provenance and background, Stevewealth Firenew has both learnt and undergone quite a handful of enriched experiences since childhood. Stevewealth has written and published the following six books:

He had been nurtured by both his biological parents and grandmother, who had been deceased, except his mother, who is still alive in Lagos, Nigeria.

Steve arrived in Ghana from Nigeria in 1986 and as a young lad he had put up with his paternal granny, who had bitten the dust in 1993 at 89 years old.

In respect of a clear description, Stevewealth is a highly educated and teachable young man, and though, he is a partially, certificated individual, he has not in any way been perturbed by this but rather, has observed life via a vast array of experiences, in order to acquire an encyclopedic knowledge about a number of facts.

Steve's possession of great wisdom as well as some copious amounts of a well-formative composure and an attractive appearance owe all to a consistent self-education, way back to his teenage years. He lived and worked in the United Arab Emirates for a number of years, until, his return in 2016.

He is a proud father to Ernestina, Vincentia, Christabel, Erica, Sandra, Celestine, Alexandrite-Abigail, Jerry-Nick and Prince Lord-Reigner. He resides with his beautiful family currently in Accra, which is the Capital City of the Republic of Ghana.