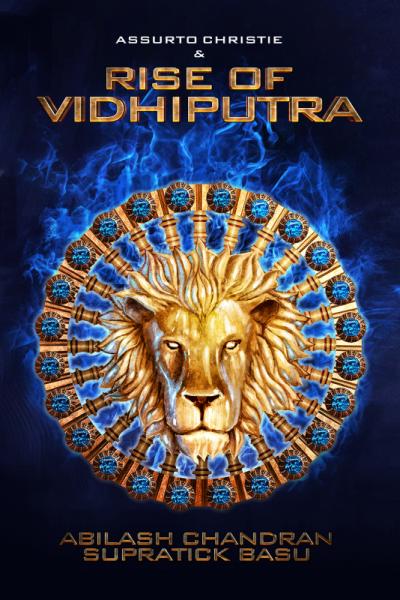 It was a period rife with chaos and destruction, and the whole world moved directionless, towards a definite path of selfannihilation.

In these hours of distress, when the guardians of the great emperor were on the verge of disintegration and the power hungry fought for absolute control, there came a sliver of hope in the form of two brothers, an ancient prophecy, and
a simple adventure trail, which turned into a quest that could alter the fate of the world.

The search for the answers to a simple riddle opened up the glorious past and all that was concealed in the passage of time. Along with it rode danger and temptation as the dark forces waited in the shadows to grasp that which will either give absolute power to destroy, or open a gateway of restoration and peace in the world.

As the brothers trysted with the menace that pursued them, they met with love, deception, betrayal and death.

Time was the only witness that would reveal, whether the prophecy – Rise of Vidhiputra – would be fulfilled.

A cup of tea, a rainy day and idle conversation, wheels spinning to weave threads of imagination. Searching for answers to what ifs and why nots, leaving the sails to the wind of words - leading to the fulfillment of a dream... ASSURTO CHRISTIE.