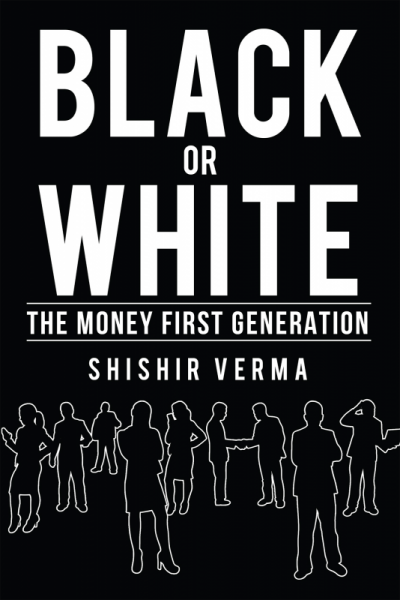 Black or White – The Money First Generation represents the negative and positive aspects of life respectively.

While Black depicts the negative factors that prevent growth and glory of the country, white shows qualities that help the country sustain in spite of the negativity.

Black is shown to be aggressive and volatile, and on the other hand, white is depicted as being calm and seeking resolution instead of demonstrating anger.

Under the White vs Black comparison, lies the two sides of professional India – the hardworking lot and the lotus eaters.

The Black is pessimistic and the white is optimistic.

The Black will speak on the Dipping India and the White on the Resurgent India.

The Black speaks on the Churning and the White on Passion.

The Black has the past, but the White has the Present and Future.

The Black and White merge at one point – Money First.

The question is… Who are we – The Black or the White? 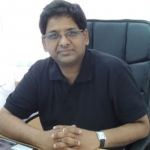 Shishir Verma is the Founder and MD of V The People Consulting that specializes in Behavioural Training and Human Resource Consulting. He is a renowned Motivational and a Versatile Speaker, International Corporate Trainer and a Business Consultant to more than 100+ Clients. In Training, his areas of interest are in Leadership and People Development. Shishir has worked for over twenty-three years in different corporate and wide industry verticals. His ability to inspire, develop people led him to write, speak, feel the pulse of the people and inspiring more than 50,000 people