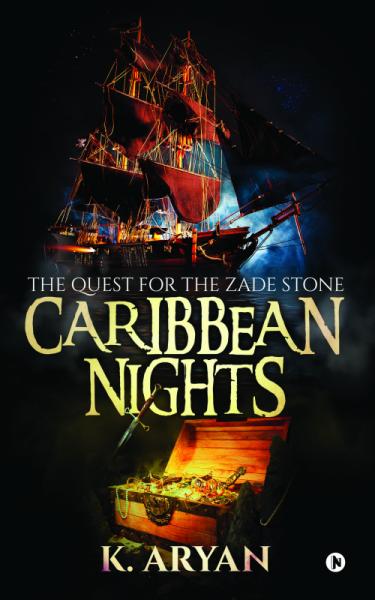 Caribbean Nights The Quest for the Zade Stone

A buccaneer named Tim Redbeads is suffering from a deadly curse as a result of crossing the cursed channel. His body is rotting from within. He can be released from the curse only with the help of the zade stone.

Meanwhile, Tim meets a messenger from Madurai called Amer. Amer tells him that King Satbitra, the ruler of Madurai, has invited him to join his campaign against the East India Trading Company (E.I.T.C.) and has promised to give him the zade stone which is under the possession of his comrade, Rukkaji Angre.

But everything isn’t as it looks.

This is a tale of revenge, confusion and, above all, betrayal.

Will Tim get the zade stone? Can Tim use the cursed treasure to end his curse?

Join Tim in his epic quest for the zade stone.

Born in 2003, Kumar Aryan is a student of standard 9 in St. Thomas School, Ranchi and has a keen interest in fiction and mythology. He is an amateur writer who writes stories for magazines. Deeply fascinated by pirates, he started to research more on them and was inspired to write his first novel on the pirate world. This interest resulted in the first book of his Caribbean Night series: The Quest for the Zade Stone.