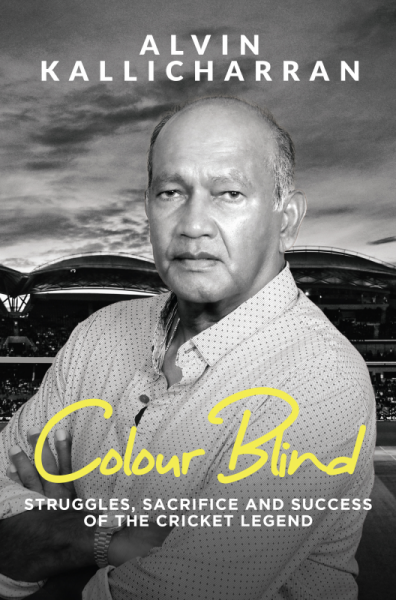 Colour Blind Struggles, Sacrifice and Success of the Cricket Legend

From growing up in a tiny village, Port Mourant, Berbice, to amassing over six decades of cricketing experience, former West Indies cricketer Alvin Kallicharran has a lot to offer to the cricketing world. Having been through ups and downs, fighting adversities and overcoming challenges, he feels his experiences and influences will help upcoming young cricketers to understand that success comes with hard work and dedication. He firmly believes that principles, virtues, and values will last a lifetime and that it is only with patience that success is achieved.

“When my wife, Patsy, motivated me to write this book as a way of giving back to the kids, I thought long and hard about it. I could have written about my successes. But having worked with kids from different backgrounds and countries over the last 16 years and the devotion I have in creating sports careers, I decided to change the whole angle of the book.

The more I wrote, the clearer it became that the story I wanted to share was my journey of overcoming adversities, hardships and struggles to achieve success.”

Colour Blind is filled with colourful stories, colourful events, and colourblind cricketers, just like Alvin. The book reinstates the fact that sport is the ultimate equaliser and that the ball knows no colour.

“I have played cricket with Alvin Kallicharran for a long time. He was my hero, and was playing much before I broke into the cricket scene. I wish him all the success, good health and happiness.”

“Colour Blind is not your usual cricket autobiography, offering some personal background and the occasional cricketing insight but more often than not padded with details of runs scored, wickets taken, catches held and missed, and other mundane details that can be easily looked up elsewhere. In Kallicharran’s autobiography, his life and cricket experiences are narrated only to bring out what he calls the ‘principles, virtues, and values [that] will last a lifetime.’ Each chapter concludes with a set of ‘Key Takeaways’ and ‘Action Steps’. Read this book and make up your own mind.” 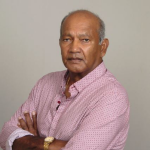 Alvin Kallicharran is best-remembered as a legendary world-class cricketer who captained the West Indies in the 1970s and was one of the world’s best batsmen of the decade. Having made his cricketing debut in 1972, he became a regular member of the legendary West Indies team for the next decade, and was the Wisden player of the Year in 1983. He was also a member of the West Indies sides which won the World Cups in 1975 and 1979.

After his playing career ended in 1990, he has developed an equally impressive second career – he has dedicated himself to promoting cricket at a grass-roots level. He has also worked tirelessly for charity in the UK and overseas. He is Patron of the United Anglo-Caribbean Society, Ambassador for American College Cricket and has raised significant sums of money for Sport Relief.

As a West Indian of Indian origin, his road to success has not always been easy, but his triumph has made him an inspiration for hundreds of Indian children in the Caribbean for whom he has been a role model.