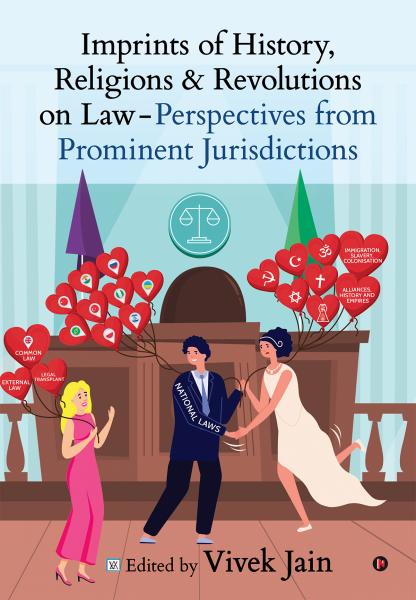 Imprints of History, Religions and Revolutions on Law – Perspectives from Prominent Jurisdictions

In these times of protests, wars, pandemics and other disruptions, this book explores the reasons behind a lack of credibility in governance and legal systems in many jurisdictions by uniting diverse fields of sociology, history, ethnology, anthropology, and comparative law.

Are history and religion relevant to the content and practice of law? Revolutions have a propensity to press the reset button by erasing all previous laws and at times, re-stating history. Should their relevance be examined by lawyers, scholars, sociologists and others? In many jurisdictions, even academic debates surrounding the relevance of history and religion in law are considered unthinkable, forbidden, sacrilegious and even profane. What about the role of customary laws/unwritten laws or the use of religion in family and personal laws or the use of historical laws? Why then is the taking of oaths still required, pursuant to religions in courtrooms and law?

The editor submits that, in most jurisdictions, history and religious jurisprudences remain a compelling perspective, whether through the content or interpretation of laws, or when such perspectives are used as customary law/unwritten laws in these places.

The editor, with the assistance of top experts/scholars/lawyers from the nine jurisdictions of Russia, China, Ukraine, India, Israel, Turkey, Indonesia, Brazil and Nigeria examines the issues of history, religion [Christianity, Islam, Hinduism, Jainism, Judaism and so on], revolutions, indigenous peoples and influence of external laws/legal transplants in the evolution of law and its practice. Readers will gain unique perspectives and find the examination of history and legal history for all nine jurisdictions, from ancient times to the present day, exhilarating.

Dr. (Capt.) Vivek Jain is a Barrister (England & Wales) and Master Mariner (UK) who, over the years, has pursued, PhD (Int. Law) (China), an LLB (Hons.) and LLM (Maritime Law) with merit from the University of London, BVC (Very Competent) (London), MBA (Norway), PGC in Compliance (Singapore), PGCE (Singapore) and BSc (N Sc) (India) by way of First Class with Distinction. He has recently authored a few books on Comparative Law. By profession, he has been a maritime lawyer for the past two decades, but he is also a scholar of Comparative Law. He is a believer in the principles of ahimsa and has respect for a multiplicity of views. He has a penchant for examining demanding topics and loves the subject of history.