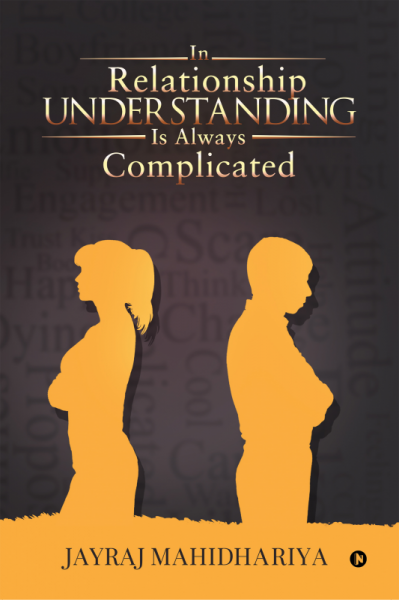 In Relationship UNDERSTANDING is always complicated

This is story about guy, Raj. Smart, sweet guy. Close to family and friends but he don’t believe in love and don’t like girls in his life because understanding of love is complicated for him.

His life turn in college when he meets with new friends but there is a girl, Rinkal, who disturb him. Gradually they became friends between this Raj found he has some physical problem. He never talks about this illness to anyone.

One day he fight with his family and feel depress and he bunk class but this one bunk changes his life totally, He fall in love with Rinkal but she can’t, his friends supporting him to make relationship. He feels shocked when he knows if he didn’t do treatment of his ill early then he died too, He doesn’t talk about this anyone And he started complicated relationship with Rinkal.

So many phases of love he saws, Bunny is his best friend and his love story with Mitali, his mother’s understanding, so many things happen to his life and all is complicated to him. He understand everything but don’t understand, sounds complicated.

His illness increases, meet with Ankita who take care of him and they became good friends, the understanding problem between Rinkal and Raj’s relationship, his relationship have so many broke up so now at the end is he died or he marry with Rinkal?

This is story of how one boy understand love, life, friendship and other relationship in life.

Jayraj Mahidhariya (21 year old) born in Mumbai and live in the sun of city-Surat with his parents. He completed his degree of BCA from Bhagwan Mahavir College and became a writer, he never thinks to be a writer in life but some things and some situation made him a writer. He is successful in his mind work now he trying to successful in heart work with his debut novel and writing skill. He is like to write and read Love and Mysterious novels. He also writes heart touching poetry. He loves singing, dancing, watching movies, eating foods and to be a guitar player. He is available in social media with name JAYRAJMAHIDHARIYA and BELIEVE IN YOURSELF. He took 1 and half year to write this book and he completes his writing when he completes his degree and wrote this beautiful novel inspired from true story “In relationship Understanding is always complicated”.