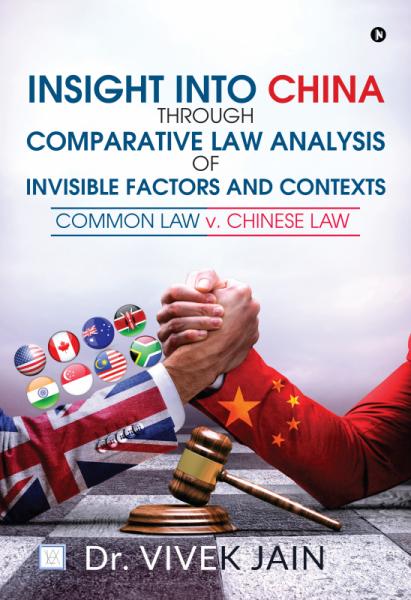 In times of global uncertainty and trade war, this book can fulfill the gap in existing knowledge about China...

China, the economic powerhouse, is on the mind of many in the 21st century due to projects such as Belt & Road Initiative (BRI) and probably the dispute resolution system for projects under BRI.

This is probably the first book in the world that has analysed the law in action in the Chinese courts with civil justice process in the background. In any jurisdiction, the civil justice system is run by judges, and therefore, the understanding of the thought process of Chinese judges become very important.

The thought process of Chinese judges is dependent on the legal history, current political philosophy, evolution of legal jurisprudence, evolution of law and various norms and customs, evolution of the concept of justice and procedural fairness, a concept of discretionary power of the judges and even their willingness to exercise those powers, civil procedure law and its practice and so forth.

The above factors are the invisible factors and contexts that are compared with similar invisible factors and contexts from a more widespread Common Law via Comparative Law Methodology. The concepts from civil law jurisdictions are also brought in the analysis at times to get a clear essence. Many stakeholders focus on the hardware of the legal system, but it’s the software of the legal system that makes all the difference for substantive and procedural justice.

In any jurisdiction, a civil justice system is a mirror image of any society. This book can even shed light on the Chinese society, its legal system, legal history, culture and philosophy and how it compares with the contemporaneous societies within the other common law jurisdictions.

Dr. (Capt.) Vivek Jain qualified as a barrister in England and Wales in 2003. His academic qualifications include B.Sc. (N. Sc.) (India) with First Class with Distinction, LL. B. (Hons) and LL. M. (Maritime Law) with merit from the University of London, B.V.C. (Very Competent) in London, an M.B.A. from Norway and a Ph.D. in International Law from a prestigious university in China.

After completing his B.Sc. (Nautical Sc.) at the prestigious T.S. Rajendra College of Nautical Science (India), where he obtained first class with distinction, he sailed on merchant vessels and completed his Master Mariner Certificate of Competency (unlimited) in the UK with an award. After qualifying as a lawyer, he worked for many years in a law firm and later at a global marine insurance company in London and Shanghai. He currently works as a legal consultant at a firm in Singapore, where he assists its worldwide clients with arbitration, legal and claim matters.