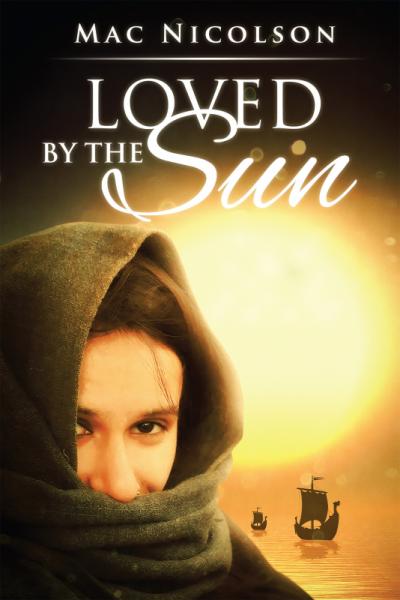 Loved by the Sun

The story begins in the ancient city of Khasi during “Mahabharata India.” Suryakanta is an Asva-Sani, or horse trainer, of the royal stables who becomes responsible for a young girl, Ananti, who one day mysteriously appears from the sacred river. His fate leads him to a chance encounter with Karna, the King of Angra and son of the Sun God, and from there he finds himself caught up in the events leading to the great war of Kurukshetra.

The story of Suryakanta and Ananti moves to further tales of a Viking, a Cheyenne Warrior, a Jaguar in the wild and a Himalayan Yogi, all of whom gradually reveal their connections to the story of Marcus and Bia and their love tryst in the present time.

Loved by the Sun is a journey of souls through history and through some of the more tumultuous times of the Kali Yuga. It will both entertain and enlighten you with its historical accuracy and through its deeply mystical stories.

Mac Nicolson was born and raised on a farm in the midlands of Tasmania, by a pioneering family that had migrated from Scotland in the early 19th century. When he was 19, he traveled to India and Brazil, where he spent most of the following five years of his life before returning to Australia to, among other things, start a community and be elected for two terms as a city councilor. He also wrote a column in a local newspaper, got appointed to government advisory bodies, became the President of a theater company, took on the Presidency of the local Pony Club and other even less memorable bodies.

For some years, he ran a horse-breeding program on his stud farm at Myocum, in New South Wales, where he broke and trained horses before moving to live in Brazil, with his Brazilian wife of many years.

Mac has owned several farms in Australia and Brazil, has an active interest in the sanctity of the natural environment, still rides horses, frequently sits silently in forests, and has never stopped questioning everything.

He now resides nowhere in particular, but regards himself as a child of Gondwana, having spent most of his life in the countries that used to make up that ancient continent.