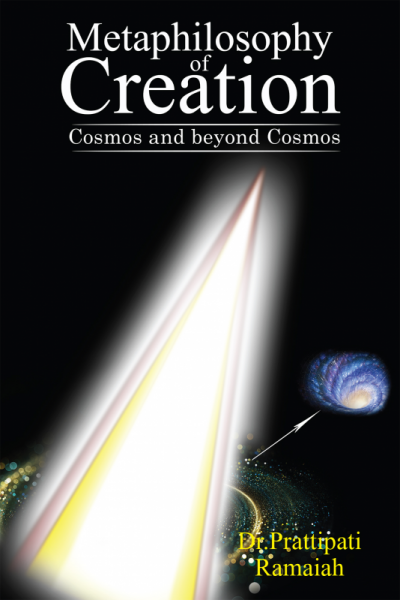 Metaphilosophy of Creation Cosmos and beyond Cosmos

Some of puzzling Metaphilosophical Questions on Creation:

1) Who was there before creation?

2) Is there a beginning and an end to this creation?

3) Do other universes exist, similar to the universe we live in?

4) What was the first principle or tatwa that put the creation process into action?

Some of the Cardinal cosmic laws are:

“What is evolved is necessarily caused.”-- Cardinal cosmic law

-“Being originated it is destructible/changed.” -- Cardinal cosmic law

-“What is caused is limited.” -- Cardinal cosmic law

“A moment is that period of time unit by which an Anu (atom) in motion gives up its previous position and reaches the succeeding place.”

*A moment (Kshana) indicates the smallest unit of time.

“Dharma is the form of Dharmi”. “There is no Dharma without a Dharmi”

This subject of creation is generally considered obscure, abstract, secretive and unfathomable. But knowledge is self-luminating and the Veda is knowledge. The ancient wisdom of Bharathadesam is the source of illumination for the concepts of creation.

"After reading this book, I found it as path breaking and revealed many secrets.

In the entire work Dr.Prattipati Ramaiah relied on Veda Mantras and Aphorisms of Maharshis and ancient scriptures of Bharatadesha. . It is like viewing Earth from a satellite to have an overall information of secrets of Creation of Cosmos." - Amazon Review 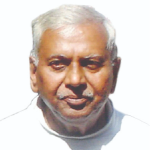 Dr. Prattipati Ramaiah is very much interested in the ancient wisdom of Bharathadesam. In his quest for seeking answers, he had the fortune of meeting some illumined souls in the Himalayas. He had several discussions with the saints and scholars on darshanas and attended many discourses on ancient philosophy. He has studied the literature of ancient scriptures from different sources.

The author has dissected information on various topics from scriptures. The word Dhyana (meditation) illustrates how this book has brought out core aspects in a condensed manner. He learnt the Dhyanascha meditation from Brahmasutras, how Dhyana is performed Trirunnatham from Sweteswaropanishad, and what those three parts are about from Kayagreeva sira in the Bhagavad Gita. He also learnt the art of straightening the spinal cord from Znaneswari, the meaning and purpose of it from Tantra books and how Dhyana is defined/explained in various scriptures.

The journey of learning Vedic sciences in the open university of Bharathadesam is an ongoing process for the author.

The book is exclusively available on Notion press store (https://notionpress.com/store)