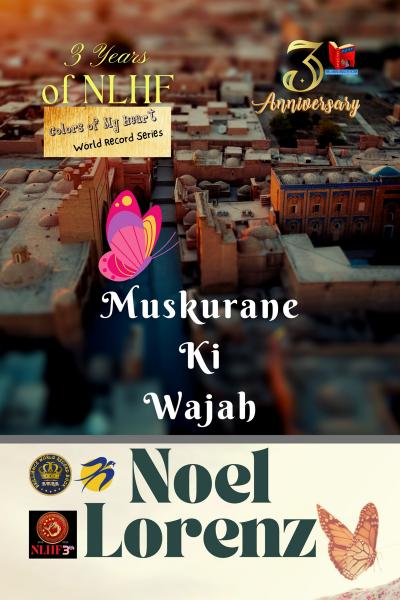 Muskurane Ki Wajah meaning The Reason of My Smile is a book that celebrates 3 years of dedicated service to the NLHFIANS worldwide.

It has seven segments- 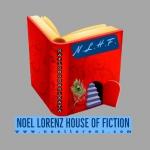 Noel Lorenz is the Founder of Noel Lorenz House of Fiction (NLHF), an international publisher based in Kolkata. We have writers from Canada to USA to Costa Rica, from England to Russia, from Italy to Uzbekistan, from Nepal to Malaysia and Philippines, from Sierra Leone to Kenya and Nigeria, and from Iran to Tanzania and South Africa.

An accomplished Haiku Poet from India and he has also published his debut Horror/Mystery Novel recently (Ascent of Passage Trilogy – The Complete Novel). He has invented the Noelo Poems in 2021 which was accepted by writers across continents. It is registered under India Book of Records.

He is an International Ambassador of Peace (WLFPHR).

Under his leadership, NLHF has successfully conducted the following International Writing Challenges:

He has been awarded the Gandhi-Mandela International Award for expanding his publication to other continents which enabled him to help many Africans contribute to international literature.

Machu Picchu International Award: Notable personality in the world who is recognized by The International Chamber of Writers and Artists (La Cámara Internacional de Escritores y Artistas -CIESART), issues this international recognition for his contribution to world culture. - SPAIN

He was awarded the Miguel de Cervantes International Prize for Literature and Art in 2022. - SPAIN

He was awarded Honoris Causa for Literature by Balkanofantastika. - CROATIA.

‘Honorary Arts Worker of the World’ Certificate of Recognition for Outstanding Achievements in World Literature, Art and Culture in 2022 from International Academy “LIK” Figures of Literature, Art, Communication. – GERMANY

Certificate of Ambassador for Excellence in Peace, Humanity and Creativity from International Forum for Creativity and Humanity - Kingdom of Morocco.