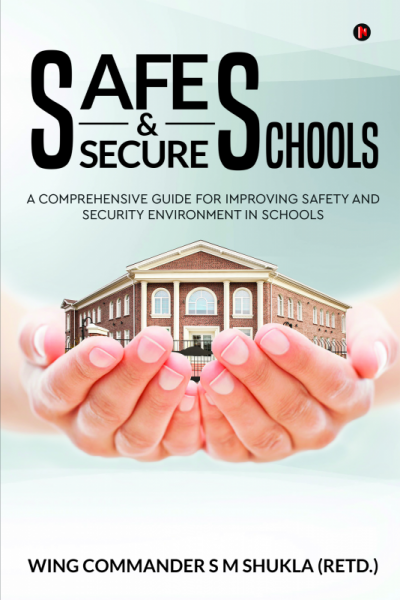 Wing Commander Suhas M Shukla, had been a valued colleague in the Indian Public Schools’ Conference. He worked with distinction as Principal of some reputed Sainik Schools. He also headed a Security Management Institute. Thus, he has hands on experience in education, security and management, which he has dealt with ably.

The need to make our schools more safe and secure is felt urgently after the unfortunate incident in a reputed school in the Delhi NCR. Wing Commander Shukla’s comprehensive and exhaustive book ‘Safe and Secure Schools’ could not have been more timely; it satisfies the urgently felt need of schools today.

He worked at Sainik Schools, of AP, Karnataka, and Rajsthan , under the Ministry of Defence. He was also the Commandant of Bhonsala Military School, Nasik. Later, he set up the Royal Gondawana Public School at Nagpur.

Hewas Honorary Secretary of the Indian Public Schools’ Conference. He has visited a number residential public schools of the country.

Later, he established the Institute of Industrial Security Management and Research at Nagpur. His training syllabus was accepted by Yashwantrao Chavan Maharashtra Open University, Nasik, and a certification course for security guards was started by the university. He was appointed as the paper setter and examiner of the course.

His other two books – ‘School Management’ and ‘Security Management’ were published recently.

His wife Sumangala, is also an educationist.