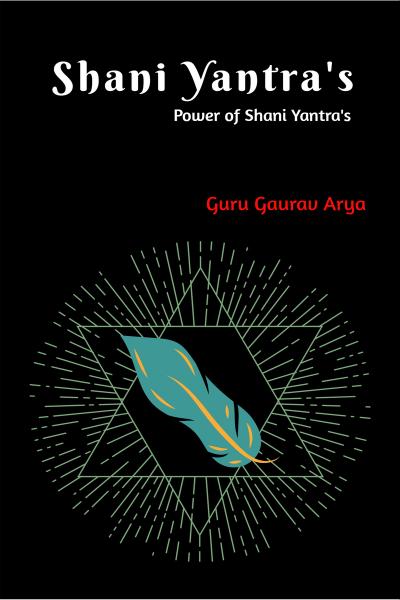 This book is written to give information about the Shani dev Yantra. But before knowing the Shani Yantra it is necessary to know about the Yantra, I mean simple yantra.

Yantra (यन्त्र) (Sanskrit) (literally "Yantra, contraption" is a mystical diagram, mainly from the Tantric traditions of the Indian religions. They are used for the worship of deities in temples or at home; as an aid in meditation; used for the benefits given by their supposed occult powers based on Hindu astrology and tantric texts. They are also used for adornment of temple floors, due mainly to their aesthetic and symmetric qualities. Specific yantras are traditionally associated with specific deities. In the nine Planets, every planet have special yantra, buy Shani yantra is useful in every manner. In this book, you will read how we can use the Shani yantra and how much this yantra is effective and useful in Tantrik Tradition. I ll discuss also that yantra is good to wear or should worship of yantra in the home temple. Occult yantras are used as good luck charms, to ward off evil, as preventative medicine, in exorcism, etc., by using their magical power. When used as a talisman, the yantra is seen to represent a deity who can be called on at will by the user. They are traditionally consecrated and energized by a priest, including the use of mantras which are closely associated to the specific deity and yantra. 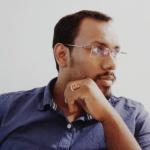 Acharya Gaurav Arya is an Indian Astrologer and Researcher. He Is practicing in astrology since 2007. Now, After the completion of many cases, he is providing Astrological Services in the world.

He is an Indian Astrologer & Researcher. By profession, he is an Astrologer/Paranormal Expert and Occult master. At the beginning of Career he was a Mechanical Engineer after the completion of Engineering Projects he started Astrology Consulting. Now The Acharya Gaurav Arya is a leading name in Astrology. He wrote many books in the Hindi Language like “Shree Shani Samhita”, “Yantra Tatvam”.

He Gives Deeksha to their Pupils in every auspicious Day, for Blessings of Goddess Apsara, Bagalamukhi, Bhairav, Shani, Mahakali. He a is world known Vedic astrologer having expertise in all the departments of the Vedic astrology/Modern Occult Science/Paranormal Expertise. Working for the best of his Pupils, Gaurav Arya is practicing a range of services in Vedic as well as Occult Science/Paranormal Expertise from over the past 15 years. He has a supernatural vision to solve problems with all the ancient and modern capabilities. Either small or big, every problem has ended after meeting the eminent name in Astrology. Analyzing every problem deeply, he has the perfect resolution for everyone with the assistance of occult as well as simple astrological remedies. His services are unsurpassed with a wide variety of solutions available for all specific problems. Specialist of  Yantra Development and Vedic Mantra and occult science remedy.