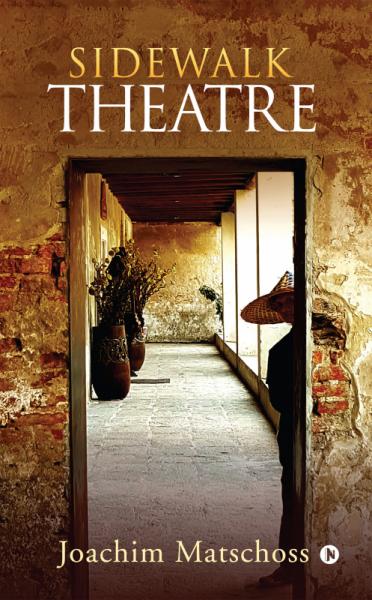 I have been led through familiar cities, glimpsed moments from the lives of strangers and caught fragments of their overheard conversations. But these are more than poetic snapshots of contemporary life. These poems are imbued with disdain for privilege and compassion for those without it. Every now and then the poet turns his gaze upon himself evoking places he has been and moments he has lived. This juxtaposition between the lives of strangers and the deeply personal captures something very true about travelling, and about living. Through the lives of strangers, we are reminded of past intimacies and the things and people we have lost.

In theatre each character you meet is teetering on the edge of catastrophe. This is a collection of poems about the dangers of that precipice, but it is not the characters in the poems scattered all over the world whom you fear for the most. It is the one sitting behind the words who, sometimes, shockingly, shows itself above the parapets and makes your ‘fat red heart’ break.

I am mesmerized by the intimacy the poems capture in these lyrical scenarios. It is as though I am eavesdropping on these characters’ most private thoughts and ways of being.

Joachim Matschoss was born in Germany and now lives in Melbourne, Australia. He is a playwright, poet and a theatre-maker. He has created theatre in Australia, New Zealand, United Kingdom, India, Uzbekistan, Malaysia, Indonesia, Hong Kong, Hungary, Taiwan, Switzerland and China.

Joachim’s poetry, notably the collection, thieves of time (2013), was published in Australia. His poetry has also been published in Germany, the United Kingdom and the USA where he also released a novel, Dead River Oaks (2006) and a literary journal, The old world on Desire-lines (2011).

Joachim published a travel journal in Australia, Away with me (2006). More recently a book about theatre and travel, Rain Overnight (2016) has been published in India, as was his collection of plays, Missing in Me and other plays (2017).