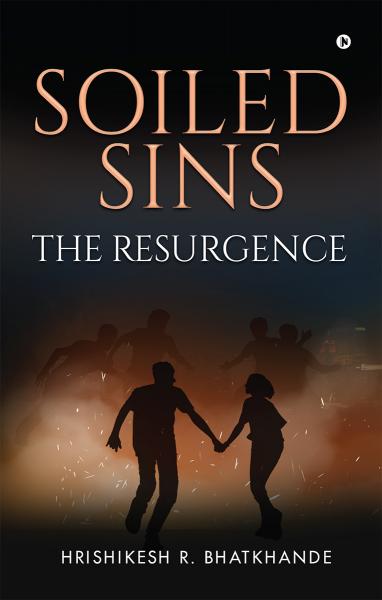 She is an ambitious archaeologist. He is a methodical software businessman.

Theirs are two paths that would ordinarily never cross, and yet they do, at a time when they are at the lowest points of their careers.

They welcome the newfound shoulder to cry on. But before long, they have to stop basking in their budding closeness and start looking over their shoulders.

They are intelligent and smart… and also naïve. Their camaraderie is instantaneous and natural. But with every step that brings them closer, their enemy is licking his lips.

Someone is watching their every move, someone with a motive. The motive is hidden, and so is the crime that was committed long ago.

Unexpected challenges every day, unanticipated surprises at every turn. It’s the new normal of their lives. But how far can they run? And for how long?

Will the sinners succeed in concealing their old sins? Or, will the two young-adults from the urban middle-class surmount the sudden attack on their largely unglamorous lives? 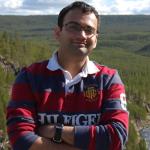 Hrishikesh R. Bhatkhande is an IT professional when he is working, with an expertise in data analytics and project management, and a poet, an ardent football fan, a keen follower of Indian classical music, and, now, an author when he is not working.

Hrishikesh has been writing and composing poems from an early age, primarily in his mother tongue Marathi, and also in Hindi and English. Hrishikesh started writing and composing mainly as a hobby, but gradually it developed into an unswerving passion that kept him motivated through all good and bad times. While most of his work took the form of poetry in the early years, Hrishikesh always remained intrigued about his aptitude in the art of story-telling. After letting it remain on the back burner as a distant achievable goal for several years, Hrishikesh finally decided to realize his dream four years ago, and now he is proud to present his debut novel to the readers.

Hrishikesh lives with his family in Pune, India, which is the city where he was born and grew up in, and also happens to be the center of a lot of fictional incidents that take place in his debut book. Apart from Pune, India, Hrishikesh has lived and worked in the USA and Norway.