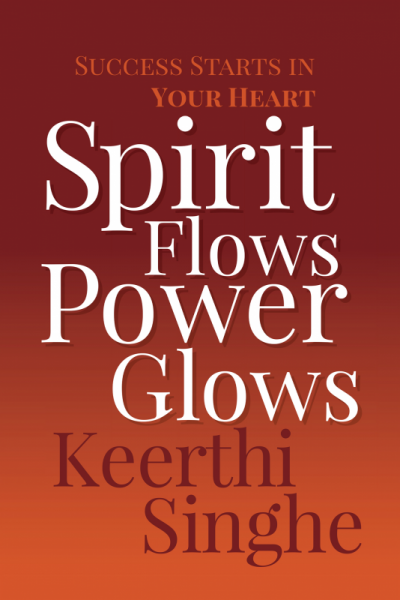 Click your success button before forty and reach super success after forty.

Success is a project, be an engineer and design it. The creator has crafted us with creativity. Search for it within - Keerthisinghe

This dreamer came from a middle class family. One time, as a politician walking through a rain of live bullets, he witnessed the miracles that saved his life without him suffering even a minor injury.

The second time, his creative intelligence urged him to distance himself from politics, and prevented his death from a possible bomb blast that killed almost all his fellow members and stalwarts of the party who had gathered for that particular ceremony. When he was in jail, his huge victory was declared, and after struggling with so many failures, he tasted the power of money and embraced a luxurious life style. Once he was tormented, when he lost his most beloved romance. Failure was cruel and years of his life were taken away.

Images of success were imprinted in his mind clearly, but whenever he failed, he bounced back enthusiastically. While walking to school without proper conveyance, and his dreams walked towards success, he proved how powerful the human spirit is. When he lost crores of money and all the material rewards, turning penniless and powerless, he still had the guts to visualize his abundance with no regrets. Chapters run with true life stories that the author experienced without any exaggerations. In order to illustrate some arts of success, he has beautifully crafted short stories like a kid. The author believes that childlike behavior is very vital in keeping enthusiasm throughout life until you touch the desired fantasy in reality.

Keerthisinghe, Sri Lankan in origin, based in India, is an entrepreneur, speaker, politician and T.V. Presenter. He possesses sound knowledge of Buddhist phi-losophy and is a great man of God.

At the age of eight he lost his pillar, his father, and struggled a lot, facing numer-ous challenges in life. While amidst many difficulties, he entered the University of Colombo, and graduated as a Bachelor of Law, and in 2000, acquiring the pro-fessional qualifications of a lawyer. During his childhood, in school, he revealed his inborn talent for poetry, (the first copy of his poetry book was presented to the then president of Sri Lanka) sports and debates. Due to the few facilities he had, he could not reach the expected levels. He lost myriad opportunities in life.

He failed many times in life; sometimes he was blessed with all the luxuries and at other times, he had to settle with the basics.

When he was in office as a member of the provincial council from 2004-2008, he was very regular and a famous face in T.V. debates. In his early thirties he became a rupee multi-millionaire and then again, lost everything he had.

He is unstoppable, and he is still on his quest.

In his early forties, he discovered his purpose in life, and mastered his self-values. This book is a trademark of his amazing spirit and he is working on his second manuscript. His dream is to complete all the tasks he began in every area of life and to unleash his talents for the betterment of society.