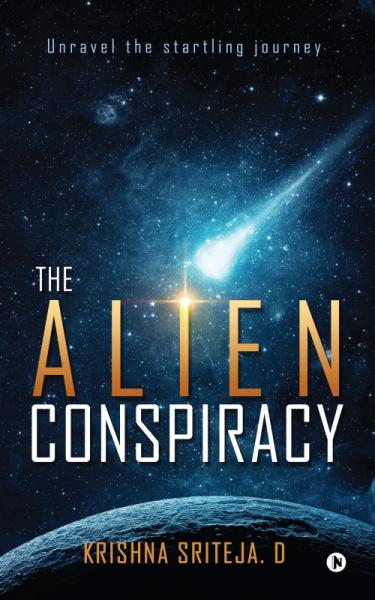 Krishna Sriteja’s book The Alien Conspiracy is a science fiction story. A stranger knocks at the door of Saaksh, a theoretical physicist at Karunya University.

"Your planet earth is marching towards destruction," The stranger claims, appearing out of nowhere. Who later identifies herself as Abha Eavan. Abha pays a visit from Exoearth, which is located nearly 0.084 megaparsecs (2.592 * 1018 kilometers) away from earth.

Saaksh is initially dumbfounded and refuses to believe that she has come from a parallel universe and is even more amazed, as she claims to be his future wife from the alternative timeline, who came to rescue her bloodline without disrupting the peace between the parallel universes. Eventually, he ended up believing her statements when the practicality overtook his speculative assumptions.

After a fascinating series of events, they set out on a mission to save the earth from the catastrophe that was to occur.

The journey is no ordinary one and is packed with suspense, mystery, action, thrill, conspiracy and love triangles, as Saaksh and the uninvited visitors attempt to save the Earth. 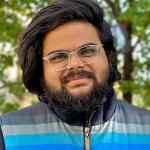 Sriteja is a peace lover who is a flawless multi-tasker. He is a mechanical engineer by profession and an author by passion. Being a science enthusiast, he loves technology and Physics. He is a very big fan of Sanjay Leela Bhansali & a true admirer of frankness. His friends say “He is a gun loaded with creativity” & “A man of spontaneity.” He adheres to a low profile and small social circle. He believes in a simple life and confident smiles. He is a fashionista, bike racer and aesthete apart from being a creative thinker-cum-writer. He enjoys road trips and long drives. Music is an integral part of his life. He is a script writer and a content writer.