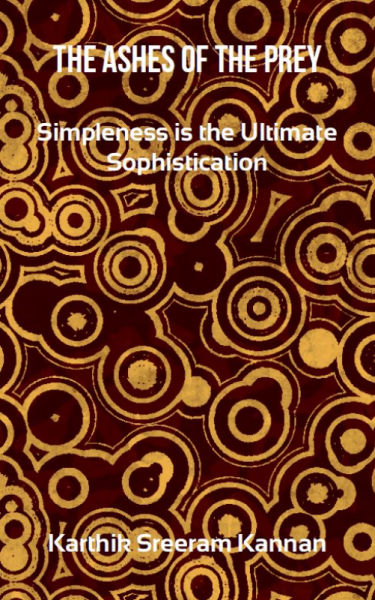 The Ashes of the Prey Simpleness is the Ultimate Sophistication

The Ashes of the Prey is about a lawyer who gets into a pile of trouble after an accident and his wedding. The novel dramatizes the experience before and post his accidents. I don't want to disclose anymore on the novel as it may break the bubble. 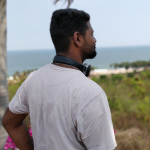 Born 12th December 1997, in a middle class family. I was raised by my aunt(My mother's eldest sister) and her family. Her Son and daughter were not just mere cousins, they were like my siblings. Everything was fine, until my brother's sudden demise. I was a small child back then. Before i could realize, what happened, It was too late.

Anyways, I was not always very fond of writing, my handwriting is not the best in the world, you see, so literally i always manage it with my typing, P.S. I'm not the master of that either.

My first gig as a writer started when i was in Class V i think, it was a short skit telling the importance of teacher's day, it was supposed to be a comedy but as it turned out to be it became a comedy of errors.

Anyways, i wanted to be a director, My first gig as director where i wrote a comical story based on a family and it's beliefs on holy men, but it was finally dropped, where i lost hope and never wanted to write a story never again, when i stumbled across Notion press's Short Story Competition.

It wasn't pretty, but i finally found my zone and I thank all my friends and family who inspired me to write a story, If you don't like my story or felt it could have been better please inform me about it, because i don't want to do the same mistake twice