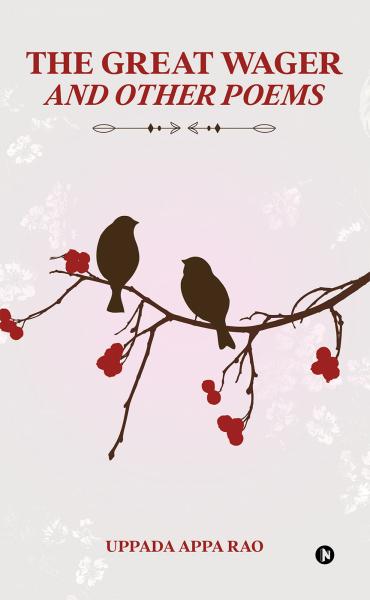 The Great Wager and Other Poems

The book ‘The Great Wager and Other Poems’ is a collection of poems written by Uppada Appa Rao, who was in the teaching profession for 24 years. This anthology of 30 poems depicts the author’s creative process and spontaneous overflow of powerful feelings over a wide variety of areas from the beauty of nature, mythology, to the human quest for the wonders of the firmament.

The narration of Harichandra’s two cantos - The Great Wager and Festival of Gifts – an epic poem with a rich vocabulary of the author is extremely exciting and beautiful. Within another epic poem, Rama's reply to Bharata, the author vividly describes the ever-relevant response on good governance.

All of these poems were written by the author between 1958 and the 1960s. With this edition, these poems are being published in the form of a book for the first time.

The author was inspired by the deep love for nature, provoked by his imagination with thoughts, feelings, and experiences, and immortalized them in his poems:

The Heavenly Banner on Earth Unfurled, The Sparrow in My Room, The Sun, To Yuri Gagarin and other poems are soothing and melodious and will touch the heart of the reader 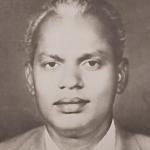 Sri. Uppada Appa Rao was formerly a lecturer and Head of the Department of English in Government Colleges for 24 years (1953-1977). He was born in a small village, Ijjuvaram in Srikakulam Dist., Andhra Pradesh in the year 1924.

For a short period, after finishing FA (Fellow of Arts), which was equivalent to the present day's Intermediate, he worked as a Steno at the Calcutta High Court and the Indian Railways. Later, he pursued and obtained the Bachelor of Arts (Hons) degree and the Master of Arts degree in English from Andhra University, Waltair, under the guidance of Prof K. R. Srinivasa Iyengar, a well-known English writer, and a former Vice-Chancellor of Andhra University.

He then took up teaching English as a profession and joined the Government Arts College, Srikakulam in Andhra Pradesh.

Shri Appa Rao had a passion for reading and teaching. In particular, he was an authority on the works of great English poets, William Shakespeare, John Milton, William Wordsworth, and so on. He was a prolific writer of scholarly articles and poems on a variety of subjects, including the present one, “The Great Wager and Other Poems”. His poetry is melodious and smooth flowing.

Shri Appa Rao had endeared himself to his students so much that he is remembered even today by many of them.