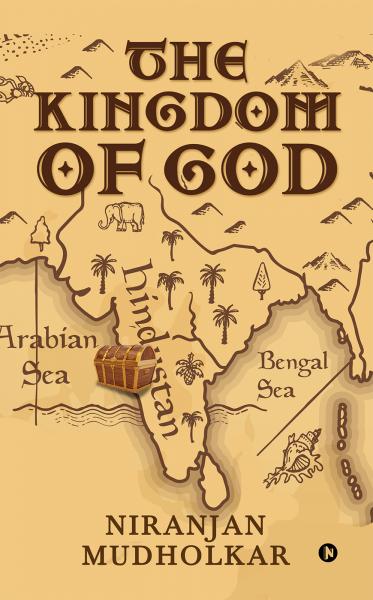 The Kingdom of God

The Kingdom of God!

“It took about two hours for the ferocious flood to finally reach Pune. But it did it in style. Even the soldiers of Genghis Khan would have been proud of such a destructively grand entry. And what happened next was absolute massacre and plunder!”

It was a great flood that almost destroyed a great city! But was it a natural catastrophe or a human-made weapon of mass destruction? A 12-year old boy accidentally learns what had caused it. He grows up to become an archaeologist and discovers an ancient box in the same city of Pune. The box, which contains two objects of great significance, has come all the way from Ayodhya! But before he can officially announce it to the world, he goes missing and is labelled as a traitor!

33 years later, with the backing of a politician, his daughter, Durga, goes on a mission to find out what happened to her father and his great discovery. However, she is unaware that a 2,500-year-old evil organisation called Madakhanja is also after the box.

Why is the politician helping Durga?

Was her archaeologist father killed or did he flee the country?

How did the ancient box travel from Ayodhya to Pune?

Where is it now, and what does it contain?

Why is the Madakhanja so desperate to have it?

Will Durga be able to stand up to the Madakhanja’s malevolent power?

Niranjan Mudholkar’s debut novel answers all these questions as it undertakes a thrilling and action-packed journey through cities, centuries and coincidences. Join Durga and an array of colourful characters as they fight for their personal causes and in the process discover their own truths!

But where will this ‘truth’ take them?

Will it shackle them or will it liberate them?

And, importantly, will it lead them to ‘The Kingdom of God’? 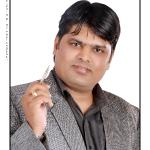 A storyteller at heart, Niranjan Mudholkar wrote his first poem at the age of 11 and his first short story when he was 14. This natural affiliation towards writing made him a lifelong student of literature, which is why he continues to wander in the world of the written word.

With a professional experience spanning 23 years, Niranjan began his career as a Lecturer in English Literature with the Elphinstone College in Mumbai. Although he enjoyed teaching, he, later on, shifted, first to the advertising industry as a copywriter and then to the publishing industry in an editorial role. These two profiles not only stimulated the writer in him but also taught him ‘how to write’ and ‘how not to write for an audience. From creating copies for advertisements to developing content for greeting cards, and from cleaning up the work of new authors to writing his own articles, he was exposed to a variety of styles.

It was love at first sight, and Niranjan nurtured this love from March 2005 to January 2021 with three different organisations. Of course, he started off as a content writer but went on to build and head the editorial initiative for the B2B division at Worldwide Media (WWM), a subsidiary of The Times of India Group. On February 1, 2021, Niranjan joined a start-up launched by a large conglomerate as the Editor in Chief. However, due to creative differences, he soon quit and served his last working day with them on April 7, 2021.

With ‘The Kingdom of God’, Niranjan now also wears the hat of a novelist. He will continue to explore this realm and has already planned two more novels in sequence to the first one.

You can reach him at niranjan.mudholkar@gmail.com