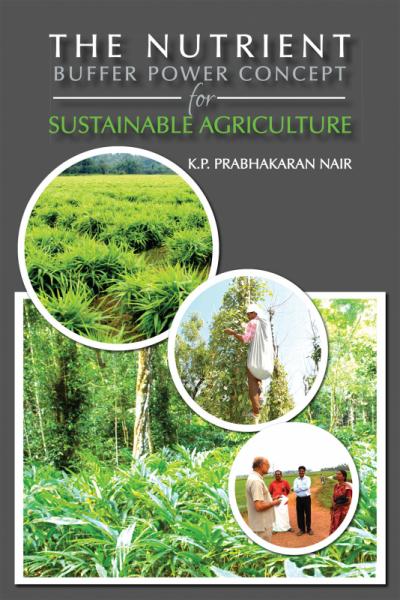 The Nutrient Buffer Power Concept, a revolutionary soil testing procedure developed and tested for over more than three decades in European, African and Asian soils, looks at soil testing to devise appropriate and accurate fertilizer recommendations for many field crops, such as, summer rye, wheat, and maize among cereals, red gram among pulses, white clover among fodder crops, and black pepper and cardamom among perennial crops, with a totally new perspective as compared to routine and “text book” methods of soil testing. The center piece of the concept is the accurate quantification of a soil nutrient’s “buffer power,” which is then integrated into routine soil test data to devise appropriate and accurate fertilizer recommendations.

KP Prabhakaran Nair is an eminent international agricultural scientist having worked for over three decades in Europe, Africa and Asia, holding some of the most prestigious academic positions, such as, Professor, National Science Foundation, The Royal Society, Belgium; Professor and Head, Departments of Agriculture, Soil Sciences and Basic Sciences, The University Center, The Republic of Cameroon; Senior Professor, University of Fort Hare, Alice, Republic of South Africa. He is globally known for developing “The Nutrient Buffer Power Concept,” a revolutionary soil management technique, which is changing the face of modern farming in the developing world. He has also authored nine books, three of which were published by the world’s number one science publisher Elsevier and one launched by late and former President of India Dr Kalam in Raj Bhavan, Chennai. Prabhakaran Nair has won a string of national and international awards and now lives with his wife, Dr Pankajam Nair, a trained (from Belgium) nematologist, in Calicut, Kerala, India and is actively engaged in global agricultural research. He is the only agricultural scientist in the world, living or dead, to have been invited five times to write invitational chapters for Advances in Agronomy, the magnum opus of agricultural science.