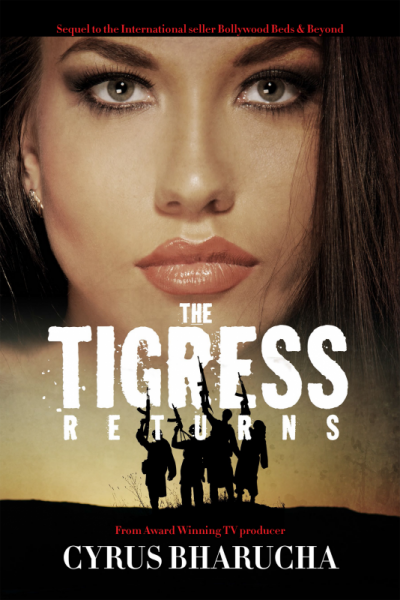 The Tigress Returns Sequel to Bollywood Beds and Beyond

It’s 2004. The Taliban, in the earlier novel, Bollywood, Beds and Beyond had captured Shilpa Moray, known as the Tigress. In this new action-packed sequel, we follow the story of her escape from the hostile Taliban, her rescue by the British forces, and eventually, her being taken on by MI6 who trick her into acting as their special agent. Shilpa’s story takes us into the inner workings of the MI6, the CIA, TV news channels, the terrifying heartland of the Islamic terrorists and the brutal wars in Afghanistan and the Middle East as a TV reporter.

But Shilpa is not just an agent; she is also a lover. Shilpa’s love affairs were always torrid and in this new book she does not let the reader down. Along with her amorous adventures, Shilpa confronts the corrupt builders and bureaucracy in India. Their shocking efforts to buy and sell properties are thrilling, frustrating and funny at the same time.

Murder, illicit love and corruption– Shilpa’s adventures have all this and more. Her fascinating travels take us around the world. We don’t know till the last page if Shilpa will resolve her problems or go down like so many others before

"Bharucha has written a novel that reads like a fast paced movie....a real page turner”

"This is a rollicking good read... It’s great to see a woman as the protagonist ...shocks and thrills till the amazing end"

Written by an award winning TV producer who knows the good, the bad and the ugly of formal turpitude, terrorism and the television world. The Tigress Returns is an explosive action packed romp through three continents.