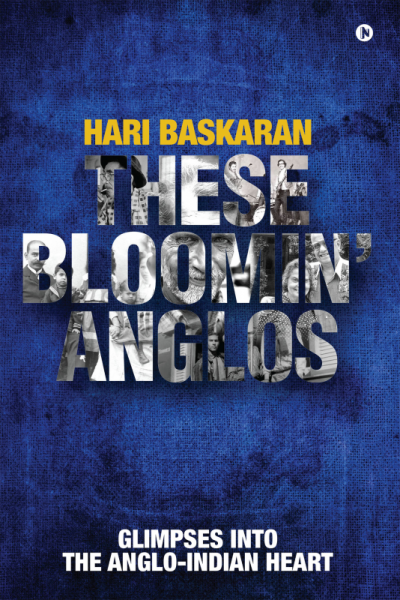 These Bloomin’ Anglos Glimpses into the Anglo-Indian heart

For those who like to cock a snook at Anglo Indians, consider this: Their military prowess resulted in the formation of legendary military units in the pre-independence era that are active in the Indian army even today. Examples include Skinner’s Horse, founded by Lt. Col. James Skinner, and the Shekhawati Brigade, formed by Col. Henry Forster.

Why then has the community been subjected to so much prejudice?

These Bloomin’ Anglos is a succinct, balanced view of the community and a must-read for Anglo-Indians, including those settled abroad.

“This book would be most welcome and gratefully received by the surviving members of our community and would do us great honour. I have had great difficulty explaining to my wife, who is Welsh, and children who I actually am! We have had very little knowledge of our roots and reading your book was quite insightful.” ― Dr. Julian Adie

“Well-written and quite gripping in its own way, I think the essence of the book is its narration and literary style.The life and times of the Anglo-Indian community are well depicted and brings out the goodness in them – a sort of innocence.” ― Arun Balakrishnan

An avid cyclist and trekker, Hari enjoys participating in long-distance cycling events. He dedicated his last 250 km ride at the Desert 500 event, in Rajasthan, to the care and rehabilitation of disadvantaged children affected by cancer. He is interested in photography, philosophy and travel and his books cover thrilling experiences of his international travels, a moving account of his family, all of whom are victims of cancer, and a ringside view of a path-breaking outsourcing project.

Hari is an alumnus of IIM, Bangalore, India and the College of Engineering, Guindy, Chennai, India. He was the Executive Director of Modi Xerox and Executive Vice President of HCL Infosystems prior to his retirement.

Hari can be contacted at baskaran.hari@gmail.com