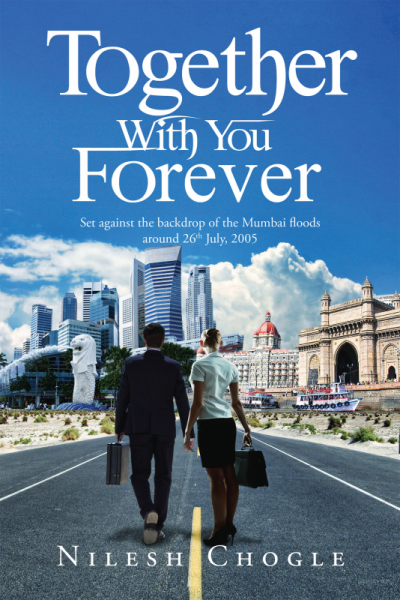 Together With You Forever Set against the backdrop of the Mumbai floods around 26th July, 2005

Pooja and Robin’s love was electric, yet they lost and found each other repeatedly!

An astro-palmist had predicted Pooja’s future life? Will it come true?

An event happens in Singapore! Will their love be able to face the event in their testing time? Will Rajan get Pooja?

Set against the backdrop of the Mumbai floods, Together With You Forever, is a tale of two lovers; a tale which will grip you till the end.

A daunting tale of love, passion, desperation, and hope… 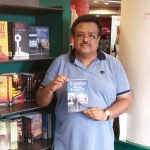 Born in Mumbai, India, in 1959, Nilesh Chogle grew up in the main city of Girgaum and then in the western suburbs of Vileparle.

He pursued careers in Finance, Foreign Trade, Procurement and SCM, serving in leading Pharmaceutical MNCs. Right from his childhood, he garnered a dream of becoming accomplished in fine arts and creative writing. However, he realized that he must end the daily dilemma of earning his livelihood.

He scripted himself to becoming one of those English language writers in India. After learning the art and craft of creative writing, he embarked on a journey to prove his writing skills and abilities.

Ripe scenes from India, his journeys to foreign lands, and his own creative and observant mind, have given him an edge to witness life differently. He is also a vivid photographer, a fine artist, sketcher and painter. He has also studied astrology and palmistry to suit his interest needs. He loves to sing nostalgic Hindi numbers, both pop and semi-classical, from the golden era of the Hindi film industry.

His motto is “Live and let live”.