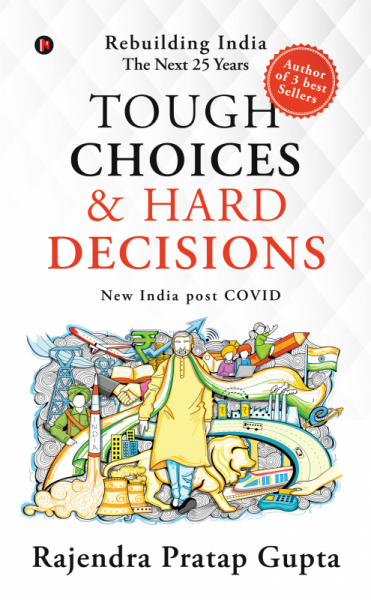 Tough Choices & Hard Decisions is a timely book written by an author with extraordinary experience in policymaking, who gives a clear direction for the future of the Indian economy as we move through the impact of COVID-19.

Author-Prof. Rajendra, writes why COVID-19 is a once in a lifetime opportunity for governments, business organizations, and professionals to relook, reposition, and transform to the “new normal”. Otherwise, they may not remain in business. For India, it is a golden opportunity to move to a Distributed Growth Model (The MAST Model). It further suggests that India needs to make some hard decisions to propel its economy towards exponential growth.

Packed with original ideas, extensive research, and data, this book suggests path-breaking steps to revive the economy and sets a long-term vision for this nation. Written with authority and conviction, this book gives a clear direction and guidance to the government—on priorities, policies, and programs and on how to innovatively finance growth. It sets the vision for India’s future, along with the granularity of the programs to achieve it.

Tough Choices & Hard Decisions has the potential to change the lives of 135 crore Indians and transform India into a Middle-Income Country in the next five years, thereby taking it to the league of developed countries over the next 25 years. 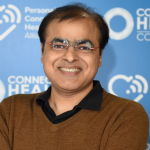 Prof. Rajendra Pratap Gupta is a sought-after policymaker, who has contributed to policymaking across governance, health, education, and economy. He has been contributing to policy making for over a decade not just in India, but also globally, working with various governments, government agencies, different multi-lateral bodies, and with global organizations.

Rajendra had one of the fastest rises in the corporate world and became the Chief Operating Officer in the 8th year and Chief Executive Officer in the 9th year of starting his career. He has served at senior-most levels at Fortune 20 and Fortune 500 companies in India and advised organizations across USA, Europe, UK, Middle East, and India. He has been invited by global organizations like the United Nations, UNESCO, World Bank, Asian Development Bank, World Health Organization, World Economic Forum, International Telecommunications Union, and by countries like the United States of America, Government of Japan, Finland, Algeria, and Bangladesh. In India, he has been invited by the Ministry of Health, Ministry of Human Resource Development, Ministry of Labour and Employment, and the Planning Commission for his views on a diverse range of issues.

Rajendra travels extensively and has delivered over 200 talks across the world on a range of topics.