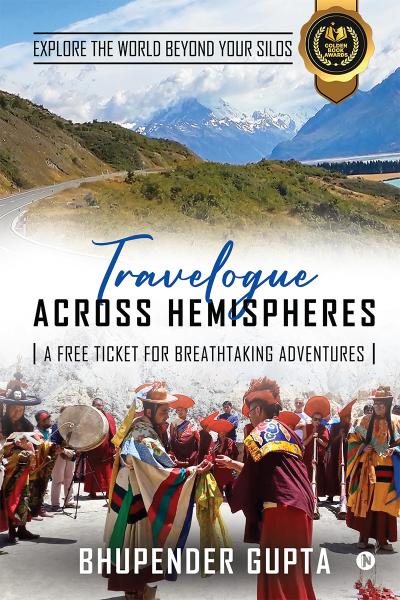 Travelogue Across Hemispheres A Free Ticket for Breathtaking Adventures

The Golden Books Award winner shows that physical or mental, good or bad, pleasurable or otherwise, the writer’s endeavour should be to pen in such a way that the reader vicariously experiences the writer’s own experience. The success of a writer presumably depends directly upon the degree to which they are able to achieve this crucial objective.

Neither has Bhupender an artistic background nor is he a photography aficionado. But destiny arguably is unpredictable. It sometimes has unplanned ventures to peruse.  So probably during one of his regular evening drives from office to home the beauty of the sunset inadvertently captured his imagination, engendering feelings that he says were more romantic than his real romantic encounters.

Fascinated with the waves of the sea caressing over the sand, part of it sinking in and the rest going back to the sea only to return with the same vigour, plausibly prodded him to discover a new meaning for courage. He looked up at the sky to realize the incredible vastness of nature that he was part of it now.

Saddled himself with a camera, tripod, paper and a pen, and off he goes globe-trotting.  To click the little fairylands in the world and collect the scattered jewels of incredible places only to share them with you.

A captivating read indeed for both, avid and armchair travellers. 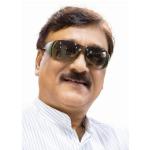 The genesis of Bhupender Gupta’s penchant for writing comes from the time when he was the President of the Student’s Union where writing press notes or letters to the Who’s who in the field of Journalism or Politics was a matter of routine. Writing on travels now is probably its natural corollary.

A Chemical Technologist by education and a businessman by profession, hectic schedules made travel an unintended casualty. However today, seemingly a different unchartered chapter has commenced.

Emanating from belief that ‘The student within you can or should never die or ever become an inadvertent casualty to your growing age’, the writer, once again, consciously with a pen in his hand and a camera over his shoulders, steps out to study, learn and educate himself while calling in on exotic destinations.

Suddenly the visuals begin to communicate and turn themselves into words. The unimagined enormity of nature’s benevolence now becomes comprehensible like never before. A chanced churning that has a person with a science background propitiously enter into the field of literature.