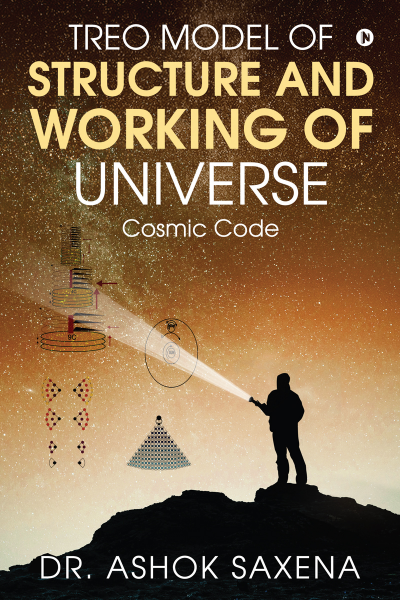 Treo Model of Structure and Working of Universe Cosmic Code

This book will bring fundamental change in our understanding of phenomenon of gravitation, after Newton and Einstein, by taking it to quantum level as QUANTUM GRAVITATION.

So far scientists have been using only four dimensions to describe universe, out of which three dimensions of Space describe WHAT, fourth dimension of Time describes WHEN and for the first time author has included Energy as fifth dimension which explains HOW UNIVERSE WORKS.

In this simple book we will Study basic of all basics, to examine ‘the world around us’; which will change our picture of universe for ever. Here the author explains in a different perceptive both to common man and serious scholars of Science; what is space, time, unit photon, unit electron, magnetism,  unit mass, graviton, unit charge, unit black hole, all universal constants, method of construction of elements, formation of gravitational coloumns, rule of positioning and motion of planets etc.

The alphabets of His script (Planck’s units) were found way back in 1900 by Mr. Max Planck but His Script is now deciphered in this treo model. The Four basic forces are described as ‘Load dependent deformation of space matrix in increasing number of all four dimensions of space time’; and this unify all forces. 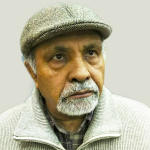 Dr. Ashok Saxena initially worked on total solar eclipse and lectured in asia pacefic world meet on TSE at Chung-li Taiwan in May 96, with his newly developed concept of 'ECLIPTIC WINDOW' i.e. Sporodic showers of charged particles from ionosphere in shadow area are responsible for most of TSE related side effects observed on Earth.

From last 25 years, he is working on 'PROPOSED TREO MODEL' and published his original work in his previous books 'INSIDE A WAVE' 2005 and 'OUR UNIVERSE AND HOW IT WORKS' (Quantum gravitation and Fifth Dimension), 2015 while E book was published with the same name, by 'Book Baby'. Collectively these books creates a ground for 'THEORY OF EVERY THING'.