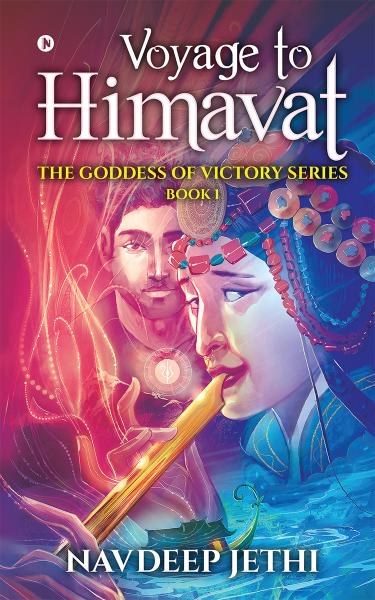 Voyage to Himavat The Goddess of Victory Series

The one who is born has to die… Is it applicable to human existence and the blue planet on which we live?

I am Shankar, the ancient sailor. Once upon a time, when there were no Himalayas or the holy Ganga when even the humans were not the masters of the earth, we had to escape towards a new destination in a vast ocean, during the great war of nature and its creature, to build the youngest mountain of the world.

But the voyage of life is not over yet, as two new species are already evolving to replace humans after their extinction from the earth. Vaidyanath, a snow-white physician of secret woods, has declared me a peace warrior and a researcher of a secret to save the existence of the human race on this earth. Will it be possible for me?

“First of all, I have no desire to be a saint or Baba and secondly, I have little knowledge about pralaya. If the world is proceeding to a destructive war, what can a mortal human do about it? Especially, if he is not a politician, baba or Superman?” Everything is unclear.

This voyage was not set in an ocean but in this new mortal body to search for the true meaning of being alive. 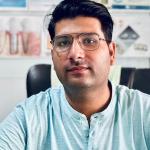 Navdeep Jethi ‘Dasoham’ is a devoted fan of Mother Goddess and believes that everything happens due to Her will. ‘Voyage to Himavat’ is his debut book of ‘the goddess of victory series’. His profession is to make smiles more captivated and beautiful as a dentist and his passion is to create a universe of pleas for his readers through his writings. He loves to write myth, romance, and comedy. He wants to write literary blockbusters and believes, ‘If you want to live forever, either write something or do something worth writing.’