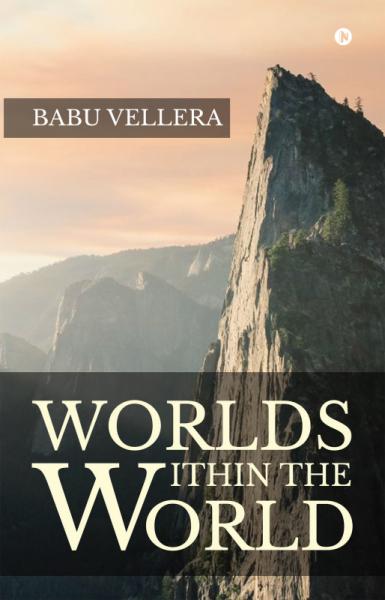 WORLDS WITHIN THE WORLD

“His mother dreaded the prospect.“This elephant will kill you also. Don’t go to death”, she pleaded with Unni. But Unni was resigned to his fate, and sure that death comes but once. He felt he had no option but to take up the work.”

“Devotees were waiting for prasadam. Seeing the plate empty, they went to the temple priest and complained. Kannan’s explanations could convince none. Finally, when the priest started beating up Kannan, Lord Krishna appeared before him.”

“Gajarajan” – the elephant- was renowned not just for his majestic appearance but also his intelligence and “human response.”

“He labeled me as a fool who left everything to God. He frequently admonished me that destiny was shaped by events and I lacked the will to overcome mishaps.”

“One thing done at a particular point in time may not hold good at some other time. Doing the right things at the right time is a prerequisite to everything.”

“It is determination and self-grit that gets one through.”

“Tolerance towards fellowmen is the greatness of human beings.”

“Nature teaches us that nothing is permanent on this earth apart from change itself.”

“Whatever good or bad happens to us is because God wills it to happen!”

Babu Vellera is an aspiring writer and writes for newspapers, periodicals, and magazines. He started writing in his mother tongue Malayalam as a student, and later on in English also. It was just a hobby which soon flowered into a passion for him. He works for Government of India and is now settled in New Delhi. His visits to USA, Switzerland, Germany, Russia, Nigeria, Trinidad and Tobago on official trips helped him form a world view.

Many of the articles included in this book are published and has a referral and eternal value. He has varied interests in writing travelogues, poems, stories, articles which were all well- appreciated by the readers.

In many of the articles, he talks about the need for character building which is the cornerstone of any civilized society.

His stories are based on real-life situations, and one can easily relate to. Reading makes you live through the story, and it remains in your heart forever.