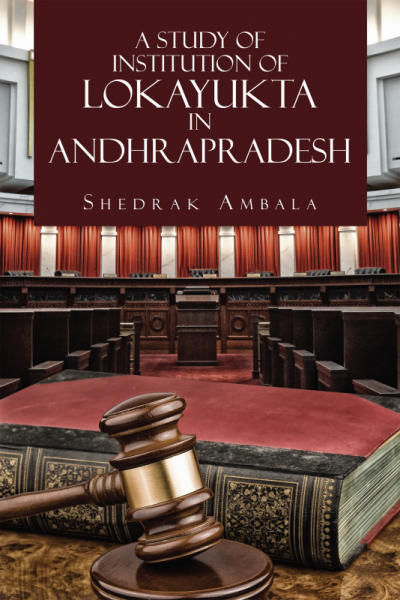 A Study of Institution of Lokayukta in Andhra Pradesh

In this Book, the author discusses the various institutions of Ombudsman in Scandinavian Countries and other countries of the world. An attempt is made to pull together and study the comparative practices and an evaluation relating to the Ombudsman institution.

The main objective of such institutions, wherever they happen to be, either in the name of Ombudsman or Parliamentary Commissioner or in any other name, is the same as to protect the liberty of the subject from being raped by the maladministration.

After a close analysis of the Ombudsman systems in various countries, it revealed that the concept is easily adapted to constitutional requirements and differing needs of a country.

Further, the author has discussed the general powers and functions and common features in the system of ombudsman in different countries and also the Lokpal and Lokayukta system in India. The author has specially concentrated on the performance of Lokayukta in Andhra Pradesh and their issues and perspectives. As a conclusion, some suggestions are made for the improvement of the institutions.

This book will be very helpful for Academicians, Lawyers, Judicial Members, Public Officials and common people in their day to day life.

Dr. Shedrak Ambala, hails from the University College of Law, Kakatiya University, Warangal, Telangana State, India. After the successful completion of his LL.B, he did LL.M in Labour Laws and Ph.D under the guidance of Prof. C. Madhusudhan Rao, the Dean of Kakatiya University, and was awarded Ph.D degree in September, 2007.

Thereafter, he worked abroad as Asst. Professor in Jimma University, Ethiopia, East Africa from 2008-2010; where, he was appointed as Chairperson for curriculum development of the Law Degree Program. Being the Chairperson, he has submitted a Team Charter on Constitutional and Administrative Law and also got a letter of appreciation from the Dean of Jimma University, College of Social Sciences and Law, for his excellent academic performance.

He also worked in Mekelle University as Asst. Professor of Law from 2012-2013 and got excellent performance feedback from the Department of Law.

Presently he is working in The University of Dodoma, Tanzania as Asst. Professor (Law) from 2013-2015. He has developed teaching materials on Jurisprudence, Administrative Law, Law of Torts, Business Law, International Trade and Economic Law, Law of Contract etc.