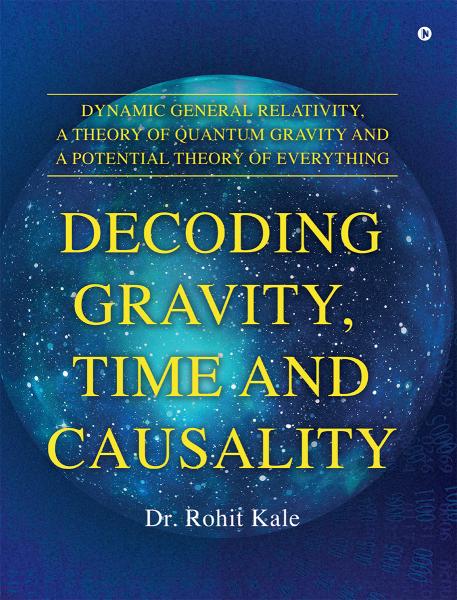 Decoding Gravity, Time and Causality Dynamic General Relativity, A Theory of Quantum Gravity and A Potential Theory of Everything

Given in this book is the phenomenological description of a theory of Quantum Gravity which I call ‘Dynamic General Relativity’ without a sliver of complex mathematics.

The theory almost effortlessly unifies Quantum Mechanics and General Relativity and can offer a potential bridge between Loop Quantum Gravity and String Theory, almost completely redefining how we look at higher dimensions and Strings.

Definitions and explanations for poorly defined aspects of physics like inertia, kinetic energy, the relativity of time and space, wave-particle duality of light and matter and quantum superposition emerge out of it effortlessly.

It can derive the causality of all the fundamental forces of nature and thus explain what causes phenomena like charge, attraction/repulsion, electromagnetic bonding, etc. It answers the fundamental questions like ‘Why everything doesn’t collapse under gravity?’ or ‘Why matter and antimatter did not annihilate each other at the time of creation?’ and ultimately ‘Why the universe exists?’.

A must-read for every person or physicist who wishes to know the ultimate truth and is troubled by the enigmatic question, ‘Why Newton’s apple falls?’ 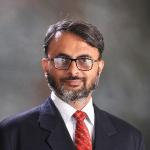 Dr. Rohit Kale is an orthopaedic and spine surgeon by profession, thinker, physics-lover and philosopher by passion, nature lover, activist and tree hugger spreading the message of ‘Save ecology and ecosystems’.

His two previous books are How the Homo Sapiens Blundered and Decoding Human Psyche.

It is the understanding of human psychology and cognitive biases, especially congruence bias and belief bias, that enabled him to identify and overcome the psychological glitches that hindered progress in physics since the last century and helped him in the ‘out of the box’ thinking that is absolutely necessary to decode the secrets of Quantum Gravity – a feat thousands of physicists have not been able to achieve despite a century of effort.