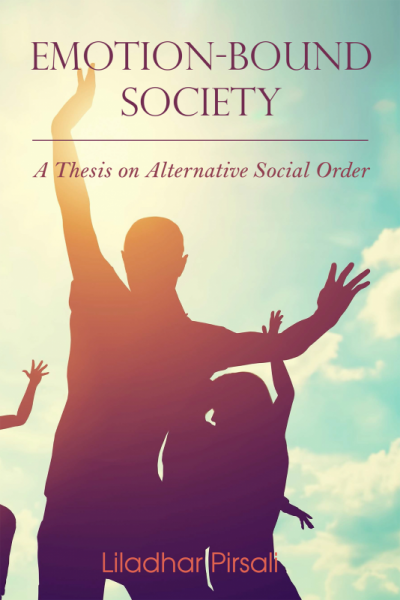 The thesis is a continuous thought process of the author from his childhood focusing on why. Having so many the great and their thoughts and practices since time immemorial, the man is still helpless and dependent.

Globally renowned centers of so-called knowledge are emphasizing on employability of man. There is no serious attempt to make him stand on his own feet. Education is still centered on rote-learning. The shackles binding him in the name of caste, creed, color, nation and religion are tightening their grip day by day.

Why is the question `why` not answered so far? The thesis begins with the declaration that the answer to the question is as easy as the question itself. But, the reader has to go through the book to get a satisfactory and convincing answer!

Liladhar Pirsali (b. 1947, in the Himalayas) holds a master's degree in Political Science from Mumbai University. He has worked with Kakasaheb Kalelkar, Rajghat, New Delhi and Jaiprakash Narayan, Bihar during 1960s.

As a teacher, he, along with his wife Devi, visualized the idea of pupil-teachers in 1970s and conducted a number of schools as literacy centers in the tribal belt of Vasai Taluka, Palghar District, Maharashtra. Besides educational work, the couple also organized self-help groups, tree plantation and forest preservation programs for villagers.

The couple runs Bhavdhara Academy, an English Medium High School near Mumbai, affiliated to the Maharashtra Education Board. Recently, the couple conducted an experiment with some middle school children and successfully proved that only twenty percent of time, energy and resources are required for desired results in academics.