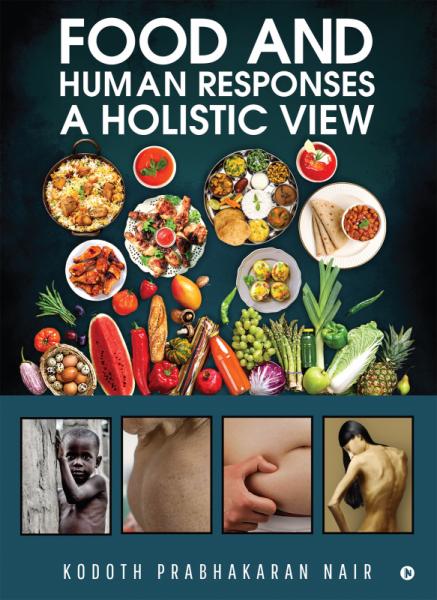 According to very ancient Hindu thought, our personality is collectively known as Pancha kosas(five sheaths, in Sanskrit, the ancient Indian language). The outermost physical form is annamaya kosa, directly related to food (anna is food), within which is the pranamaya kosa (prana means life), followed by manomaya kosa (mana means mind), within which is vigyanamaya kosa (vigyan means intellectual), and, deep within this sheath is ananadamaya kosa (ananda means bliss). From the above scheme one can visualize how intimately food affects our life and all activities connected with it. This book discusses several aspects of food consumption and human responses through the biochemical path, where brain has a vital function to perform. From the scheme given above, the art of sensible food consumption can indeed, lead to bliss. Tracing the significance of food in many cultures, the book discusses topics ranging from conceptual models in food behavior-inter-relationships to those dealing with protein-energy malnutrition among the poor of Africa and how the corporate world looks at food and brings to the reader a unique dimension on a hitherto superficially and inadequately discussed theme of food-behavior interface, and, goes on to conclude “we are what we eat, let us be healthy and happy in choosing the right food”.

Kodoth Prabhakaran Nair is a globally acclaimed agricultural scientist, having worked in different capacities in Europe, Africa and Asia, for over three decades. A former Rockefeller Fellow, and a Senior Alexander von Humboldt Fellow, of The Federal Republic of Germany, he was the first and only Asian scientist named to the very prestigious National Chair of the Science Foundation, The Royal Society, Belgium. Recipient of several international and national awards, including the Swadeshi Sastra Puraskar of the Swadeshi Science Movement of the Government of India, he has authored more than one hundred research papers published in peer reviewed international science journals and nine books, of which, one titled “Issues in National and International Agriculture” was launched by India’s great President, late Dr Kalam, in Raj Bhavan, Chennai. Involved in international science, in an honorary capacity, he is best known globally for developing an original and revolutionary soil management concept, now known as “The Nutrient Buffer Power Concept”, and is invited to several international conferences, workshops and advisory panels, and is currently living in Calicut, Kerala State, India, with his nematologist wife, Dr (Mrs) Pankajam Nair.