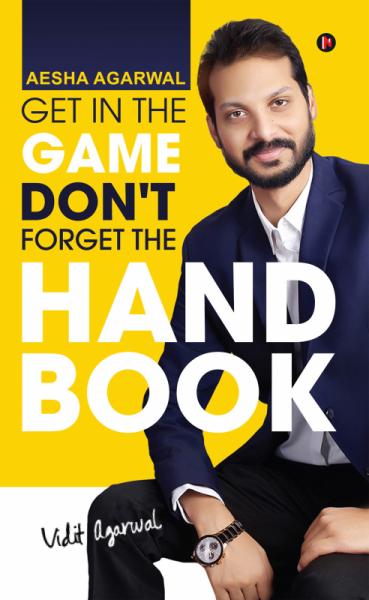 Get in the Game Don't Forget the Handbook

There must only be a handful of people who’d want to work throughout their life and not want some time alone. It is a thought everyone comes across when they’re asked to choose, or decide on a change in their careers, “Till when?”

What if someone told you that a series of smart choices made by you can ensure a glorious life, without having to burn the midnight oil?

I believe there isn’t anything one cannot do, and that everyone is just a decision away from a different life. A few basics in place, a strong foundation and some strategic moves are all you need, to go after the life you’ve always wanted.

It really is pretty fundamental and yet we tend to overlook the importance of it. So, go on my friends, the earlier you start, the better!

Pick up not just a book, but a better tomorrow!

We are told umpteen times, “There are no shortcuts!” Isn’t it the job of every adult in our lives to drill that statement in our heads till we either accept it as the truth of life, or become too used to it to question? If you listen closely to your young, fiery self, you can still hear a voice tell you that there has to be a more laid out approach for you to lead the life you’ve always wanted.

Aesha Agarwal is one such girl who simply could not bring herself to believe that the only way to living the life is hard work. She knew there had to be a smarter way to do it– but didn’t know how. The idea was in place, but the big question still remained – without which no one would probably believe in the idea itself. Right around that time when she listened to that little voice, it chanced upon her to meet someone who inspired this book.

Aesha is an avid reader, or a nerd, as many of her friends like to put it. As happens with many people who enjoy devouring shelves of books, she too got into writing beginning with poems, articles and short stories. As this prospect presented itself, she figured it was time she tried her hand at nonfiction. Get in the Game: Don't Forget the Handbook, hence, is close to her heart, delivering ideas as real as any and impactful for anyone who’d care to put them to practice.