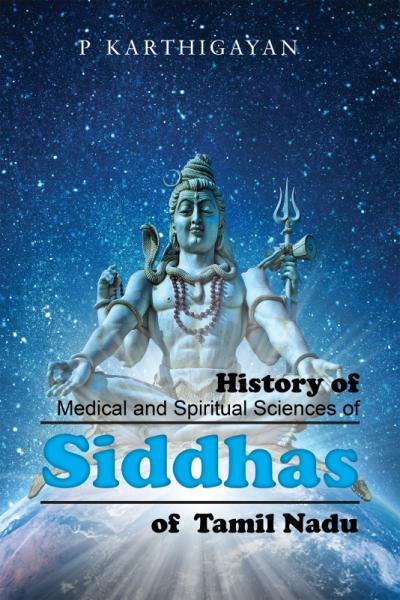 History of Medical and Spiritual Sciences of Siddhas of Tamil Nadu

Siddhas were mystics of ancient India. They believed that human race was created to excel in knowledge and help human societies form an advanced civilization on the Earth. They knew that they needed to live longer and even become immortals to achieve this goal.

In Indian context Siddhas were considered as doctors but in Western context, such people were called Philosophers. Nevertheless, a deeper understanding of Siddhas' poetic scripts reveals their different faces such as scientific thinkers, social reformers, priest kings, pioneers of advanced cultures, etc. Siddhas speak about spirit, soul and body in their scripts. They also compare cosmos, nature and earth in their science.

Hailing from a family of Siddha medicine practitioners and being influenced by ancient matters from childhood, P Karthigayan, the author, had many pressing questions on creation, nature, gods, fate, etc. His attempts to understand these oft-debated topics related to society led him to be interested in mythologies, folklore, ancient literature, religious scripts, medical notes and finally Siddhas' works, including their seemingly religious renderings. He felt that most of the scripts of Siddhas were not transparent and had some secret teachings interlaced in them that led him to research other spheres of knowledge related to his quest.

His quest for truth in this line of study necessitated him to an in-depth study of Indian, as well as international, mythical works and other related writings with newer insights.

He believes that his writings will enlighten the ones, who seek knowledge in the fields of health care, spiritualism, ancient wisdom, histories of the ancient and mythological times, etc. It would also serve as a valuable reference work on ancient matters.