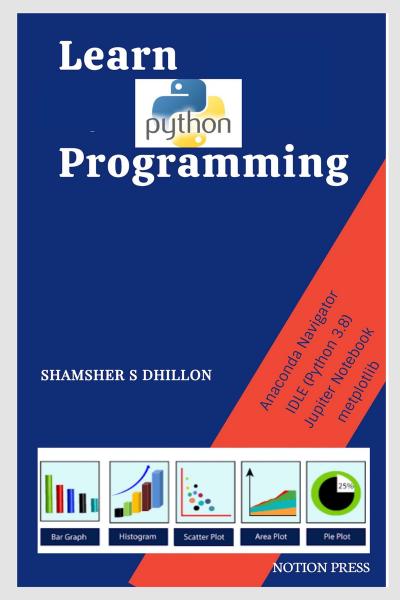 Python is an open-source, platform-independent scripted language. It is used as an integration language with other programming languages on the Internet. Many of the web applications are developed using Python. For all these reasons and more, Python has become well-known in the field of data science and machine learning.

It will teach you Python elementary programming concepts, types of built-in functions, statements such as Logic and Control Structures, major built-in object types. It will help you understand more complex concepts such as Python’s object-oriented programming, Computer Graphics, and some drawing algorithms. Instead, it is meant to help Python users learn to use Python's data science libraries such as NumPy, Anaconda distribution, Matplotlib, Jupyter Notebook, and related tools–to effectively store, manipulate, and gain insight from data. 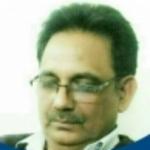 Shamsher S Dhillon, a Data Science Enthusiast, has served as Junior Programmer with CCS Haryana Agricultural University, Hisar, Haryana. He has developed Statistical Software for Agricultural Scientists. He is author of another book: 'Learn C'. He is a Postgraduate of The Kurukshetra, University, Kurukshetra. At present, he is an Associate Professor of Computer Science at the Chhaju Ram Memorial Jat College, Hisar (Haryana). He has been teaching Computer Science at the undergraduate level in the college since 1991. He is always looking for innovative ways to teach logical thinking skills, which go hand in hand with programming skills. He has worked as a member of  the University bodies of Kurukshetra University such as Academic Council, Board of Studies, and Faculty of Science. Currently, he is a member of the Board of Studies and Faculty of Physical Sciences, Guru Jambheshwar University of Science and Technology, Hisar. He has worked as a member of the curriculum design committee and University ordinance amendment committee of the GJU&ST University.