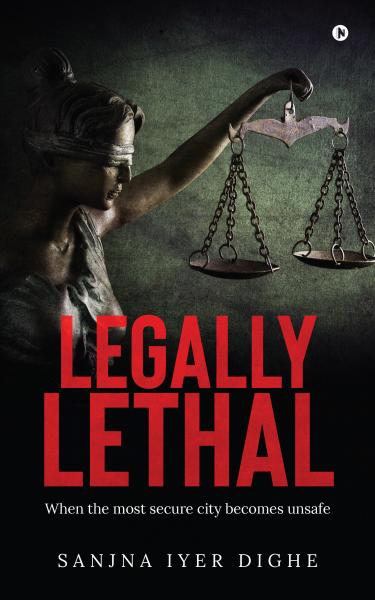 Legally Lethal When the most secure city becomes unsafe

The scene is set in Washington D.C., in the Supreme Court of the United States of America: One of the safest places in the country, with extreme security, the police, detectives and the sort. This is the same place where the slimiest and the toughest of criminals are straightened and everyone seeks to attain justice. Surely nothing fishy could ever happen here.

When Supreme Court Justice Graham Norton goes missing minutes before a murder trial, it comes as a shock to everyone. The initial prime suspect for the kidnapping and possible murder is Dane Murphy, who possibly just missed getting a death sentence. However, as the plot unfolds, new people come under the shadow of suspect and the case becomes one that never seems to see its end.

Not even when one of the best detectives, and old-time friend of the victim, Seth Cole is handling the case. Seth Cole is a man of great experience and prides himself in having solved the trickiest of cases. Everyone including his new-appointed intern Frank Mile, is in awe of him.

If there is anyone who can possibly bring an end to this mystery, it has to be Cole.

Sanjna is a Dubai based author from Mumbai, writing Mystery/Thriller novels. A Chef by profession, Sanjna is driven by her endless need to be creative. She is inspired by nature and loves to travel. Her first novel, titled 'Legally Lethal' is a Dream Project and something that is very close to her heart.