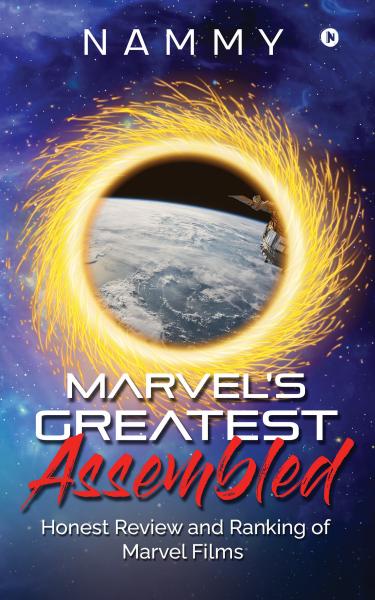 Marvel’s Greatest Assembled is a young author’s take on all the movies and series he’s watched in the Marvel Cinematic Universe (MCU) – his favourite franchise of superheroes. In this book, the author sets about reviewing the various productions from the MCU not just from the general audience’s perspective but also according to his personal likes and distastes. The chapters in the book appear in order of the author’s ranking of each of the titles from the MCU starting with his personal favourite.

While drawing out the pros and cons of each of the movies and series, the author also provides a comparison and sets a background for the titles to be measured against. This book would serve as an incredible collectable for all Marvel fans while also putting out many points up for debate. 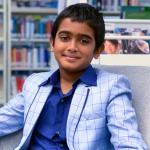 Amrita Sai Elango, known as Nammy, is a 12-year-old boy, author, programmer, pianist, gamer and YouTuber. He started writing stories and articles at the age of six with his first story, Blue Paint. Nammy has a YouTube channel for gaming with over a thousand subscribers as well and enjoys playing games during his free time. He primarily plays on the gaming platform known as Roblox.

He was born on 7th October in Chennai and moved to Belgium at the age of one along with his parents. He is currently in his first year of secondary education in Belgium and studies Dutch and French at school while speaking Tamil at home with his parents and family. Although English isn’t taught at school, he learnt it by watching cartoons, reading English books and talking with his Indian friends in English. The author’s first story, Blue Paint, was written around the first song that he wrote, ‘What is Risk?’ inspired by the way Bollywood movies have songs in them.

The author of varied interests is passionate about music as well, learning to play several songs on the Piano. The author is also very adept at programming and even has quite a following is several online platforms as he loves to share his technical expertise with others. His nickname, ‘Nammy,’ was given to him by his followers on these platforms.