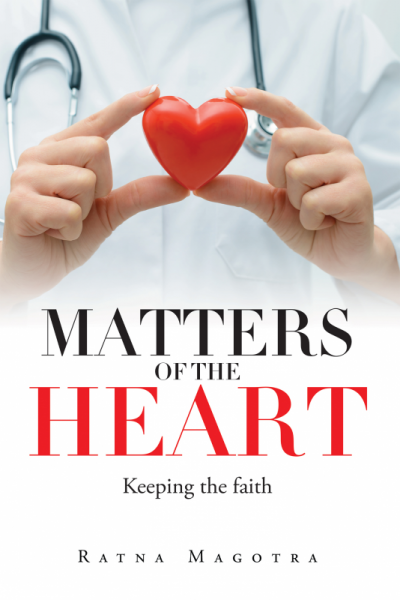 Matters of the Heart Keeping the faith

The heart is a living organ bestowed with romantic, spiritual, and indeed a vital mystique through the ages. Speaking medically, it is an intricately designed pump that beats ceaselessly through the entire life time of an individual.

The practice of medicine is for basic good of mankind, no matter where and how it is rendered. The men and women working in the field of cardiac medicine and surgery have brought the latest skills to the suffering patients everywhere. In the process, we unconsciously wear a mask of technical competence and efficiency and get far removed from the social and emotional milieu of the patients. This book is an attempt to remove this mask and look beyond bringing a unique Indian perspective.

In this book, which shares the personal courage and faith that people display in overcoming difficult moments of life, the author hopes that her readers will find a resonance of their personal tribulations and triumphs even beyond illness and surgery.

Dr. Ratna Magotra was born in Jammu in India on 16 December,1946. Her brilliance in the academic field, as evidenced by the numerous scholarships and awards that she’d won, was translated into an excellent career record. An eminent cardiac surgeon, she has been distinguished by awards such as Special prize from Nehru Foundation New Delhi for Academic Achievements (1979), the Dr. Jal R. Vakil Memorial Award (1994), Special Award of Appreciation for Contributions to Rural Surgery by Association of Rural Surgeons of India (1999), and the Americares India's Spirit of Humanity award in Cardiovascular Surgery Category (2011).

Having completed her higher education at the Lady Hardinge Medical College and the Mumbai University and further training at the Guy’s Hospital in U K and Texas Heart in Houston, USA, she served as Professor/Head, Department of Cardiovascular and Thoracic Surgery at the G.S Medical College and K.E.M. Hospital Mumbai, from where she took early retirement.

A patriotic crusader, she has participated actively in the India against Corruption movement led by Anna Hazare in 2011.

An avid reader, she also loves Indian classical music and travelling. And has travelled extensively in India and abroad.