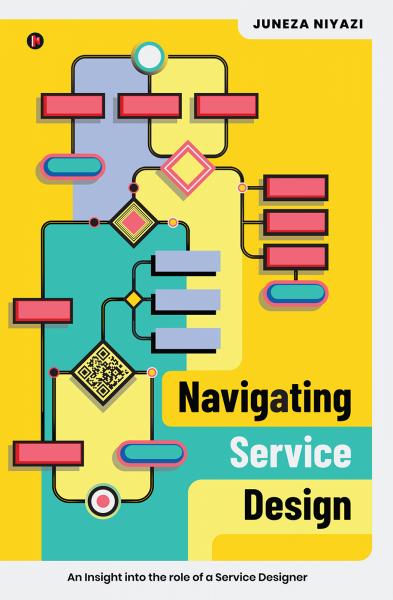 As the world adapts to technological innovations and pandemics, a career does not have the same meaning it had 10 years ago. This book is for those who have recognised the new normal and are working towards acquiring relevant skills. It will help you evaluate a new upcoming field at the intersection of design, business, and technology: Service Design. It is a career option that is very suitable for two kinds of people: one, who has a designer’s sensibility and the curiosity to understand business viability, and two, those from the business world who have recognised the value in adopting a designer’s mindset.

Juneza Niyazi is a practising service designer in India. She completed her Bachelor's degree in architecture from RV College of Architecture in Bangalore, India, in 2016. Being interested and curious about a range of subjects such as architecture, coding, systems development, art, and people, constantly led her to introspect and ask the question: "What more can I do as a designer."

In an attempt to further her curiosity as a designer, she decided to collaborate with non-designers, innovators, and entrepreneurs. This gave her a chance to study and assess the processes of product and service development from her unique perspective as a designer.

While in Barcelona, Spain, she had the opportunity to work with entrepreneurs and innovators from the world over, while also completing and attaining her Master’s in Interaction Design from Harbour Space (Barcelona) in 2018.

During one of their long discussions, a few of her mentors suggested she explore the field of service design, as it was a growing field, linking various domains of technical skill and design.

Currently, she works as the lead service designer, leading a bright and enthusiastic team at Matter, a technology start-up, innovating in the EV segment in Ahmedabad, India.