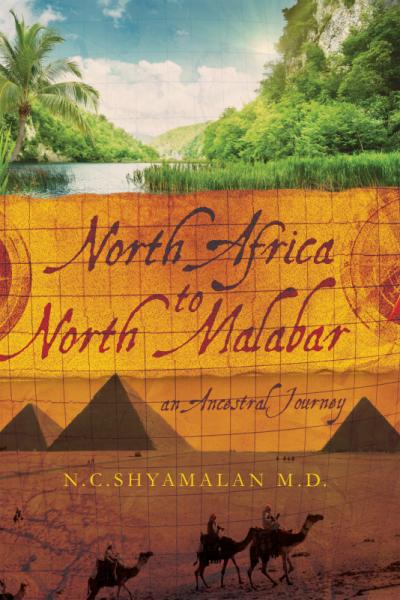 The origin of humans from Africa and the amazing journey of ancestors migrating to different regions of the world are illustrated. Study of archaeology and genealogy made possible to trace the path of migration.

How various groups came to India and specific migrants to Kerala, India are stressed. Evolution of author's community and the role it played locally and nationally are emphasized. The book is unique, as it explains the genesis, migration, evolution and civilization of humans who are in search of social equality.

The author was born in Mahe, North Malabar, India. In his early childhood, he lived in Malaya and Singapore. After returning to Mahe, he continued his high school studies at Labourdonne College, and he passed matriculation in first class in 1954. He completed junior college studies at Government Brennan College, Tellicherry, in 1956. The narration and details are from vivid recollection and personal files. The images selected are from thousands of photographs he preserved.

He joined Pondicherry Medical College, JIPMER (Jawaharlal Institute for Medical Education and Research). After graduating in 1962, he worked in the same college before going to USA in 1968 for higher studies and training. He received his doctorate degree in medicine. He is a Fellow of the American College of Medicine (FACP) and a Fellow of the Royal College of Physicians of Canada (FRCPC). After teaching and practicing medicine for more than fifty years in USA, he retired. He began to work on researching ancestry, human migration, and his autobiography. During his practice in medicine for over five decades, he met many people of multiple ancestry- Asian Indians, Asian Americans, African Americans, Spanish Americans of many South American countries, Middle Easterners, and many Europeans and American Indians. He also travelled to many countries and islands, met peoples, and studied their cultures, food habits, and archaeological findings in museums. This is his first book.

He is married and has two children and five grand children.