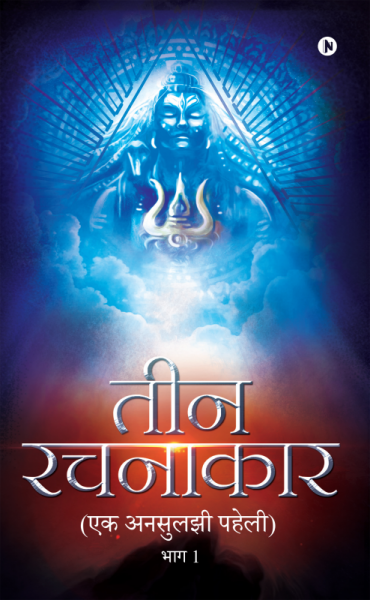 Can a myth be so powerful that it can keep a great intellectual civilization within its effect for thousands of years?

And, if there is such a powerful Myth exists which can do this work, then will it not be fair to believe that such a myth as Truth?

One such truth is about the Three Creators.

They are known to the whole world as Creator, Preserver and Destroyer.

Due to the accidents caused during a huge scientific project called Moksha, the atmosphere of   planet E-One (whose ancient name was Earth) has become very weak. Today, human civilization lives on three planets, namely E-One, M-one and M-two. The future of the entire human civilization depends on the success of the Moksha project.

The Chairman of the Moksha project named Sukra receives a message from an Unidentified Flying Object from remote parts of space. Sukra and the traveler in that intergalactic space craft are meeting each other for a historic talk at a place name Kash-I.

Is this the end of human civilization? Will Sukra understand the mysteries of the Three Creators? After all, what is this puzzle of three? To know all these mysteries, read Three Creators (An Unsolved Mystery).

Born in Delhi in 1987, Mr. Vikas Jain’s life is a boat that floats in a sea filled with infinite opportunities. After passing Higher Senior Secondary exams in Arts , he obtained a diploma in Civil Engineering to fulfill his daily needs in life. From the day of campus placement till this day, he is a successful Junior Engineer working with a Navratna electrical company.

The writer, who sees every element of life from both the perspectives of science as well as arts, attempts to share his experiences with the readers on various aspects through this book named Three Creators (An Unsolved Mystery). This is 1st part of this Three Creators series.