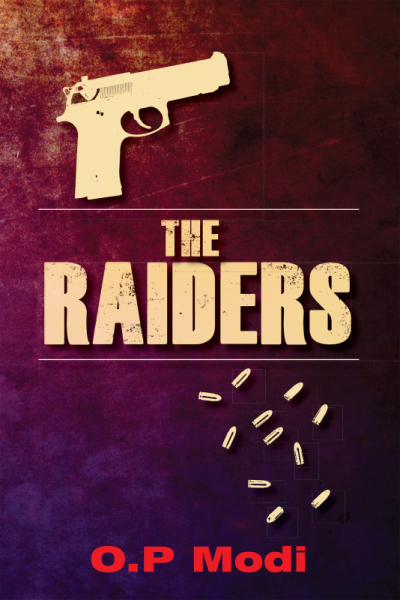 The Raiders The Killers

In the times of uncertain fate, a single act of courage can change destinies.

Rani, a young girl abducted by raiders to be auctioned o­ in Pakistan, risks a daring plan to save her life and that of a truck full of girls.

Azam Khan, a retired British Indian Army Major tries to defend his country, Aucktabad, against an invading force of the Yakistanis. With the imminent threat of annihilation facing them, his assistant Opinath sets out to woo stronger allies to assist them. However, when half their neighbours, including India, turns their back on them, and the other half colludes with the enemy, Russia becomes Aucktabad’s only hope.

Will they be able to pay the price demanded by the Russians for their support? Or even hold out against the invaders long enough till help arrives? In the front lines every single minute counts, and a single misstep could cost the lives of thousands.

O.P. Modi was born on 25th October 1928 in a remote village of District Reasi in Jammu & Kashmir. His father, Late Sant Ram Modi, who was a high ranking officer, was killed in Muza­ arabad (now in POK) where he was posted. The author also lost his brother in the raids and many other relatives there. Having been rendered support-less and also penniless, he had joined the J&K Militia as a volunteer and he was later promoted to the post of a Commander. After this he served as an administrator of Tehssil Budhil of Rajouri district and then as a Govt. Contractor, later going on set up his own factory in Jammu.

He currently lives with his wife Vimla in Jammu and has been writing articles for the local English dailies there for almost twenty years.