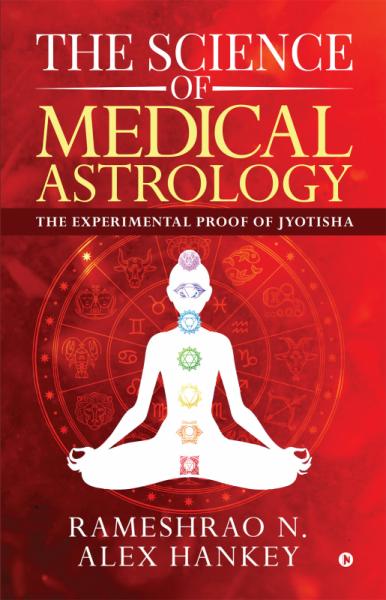 The Science of Medical Astrology The Experimental Proof of Jyotisha

A new book on Jyotisha Astrology: Its experimental proof in cell biology and the science behind it! Unbelievable?

Could you possibly imagine a book that provided a scientific proof of astrology? One that not only tells the story of many scientific experiments testing and verifying astrological predictions, but which also provides a full physical theory of the science behind it?  In other words: a book that examines astrology on a full scientific basis? The Science of Medical Astrology: The Experimental Proof of Jyotisha does exactly that. Written by a rare combination of supremely skilled individuals, one a top expert in veterinary science, with a reputation that takes him for private consultations all over India, and the other a scientist with top qualifications from two of the world’s best scientific universities, a Master’s in Natural Sciences from the UK’s University of Cambridge, and a PhD from M.I.T., partly directed by a famous Nobel laureate in physics. Rameshrao Narayan PhD and Alex Hankey PhD are the authors of this extraordinary text.

As a young vet from Bangalore, Rameshrao Narayan refused to accept a Jyotishi’s warnings of a nearly fatal accident. Over the next three years, as he lay in bed recovering, he learned India’s ancient system of Jyotisha astrology. As luck would have it, Professor Alex Hankey, who directs PhD research at the S-VYASA Yoga University, met Rameshrao and agreed to become his PhD guide on the very day that he joined the university.

The book is an outgrowth of Rameshrao’s insights and PhD research combined with Alex’s scientific skills...

Dr Alex Hankey is a theoretical physicist trained at Cambridge, UK and Massachusetts Institute of Technology, who is now a distinguished professor of Yoga & Physical Science, SVYASA, Bangalore, India.

Whilst holding a Lindemann Post-Doctoral Fellowship at Stanford in 1973, Dr Hankey became a teacher of His Holiness Maharishi Mahesh Yogi’s Transcendental Meditation technique and a founding faculty member of Maharishi International University. Maharishi guided him to study relationships between modern sciences and India’s ancient Vedic sciences, research which he has continued for over 45 years. He began his study of Jyotisha astrology in 1988 and started actively researching it in 2007.

Dr Hankey worked for Maharishi’s global organisation for 30 years. During 1998-2002 he worked with politicians, diplomats and businessmen in London, helping organize meetings in the Houses of Parliament and attending committees concerned with complementary medicine. He returned to research in 2002.

Insights gained from comparison of eastern and western systems inform his current research. Dr Hankey has published 120 papers in peer-reviewed scientific journals; notably scientific theories of Vedic systems of ancient India like Ayurveda, Yoga and Jyotisha. A book chapter presents his theory of the last. India’s outstanding physicist, George Sudarshan, said he could not fault it.

Dr Hankey helped found Journal of Ayurveda & Integrative Medicine; he is Assistant Editor of Journal of Alternative & Complementary Medicine, and on the editorial boards of other CAM journals like IJOY. He has edited critical versions of papers for leading Indian scientists, R.A. Mashelkar, Rustum Roy, Deepak Chopra and Bhushan Patwardhan. He has given talks at many of India’s scientific institutions, such as N.I.A.S., M.I.T. Pune, NIMHANS and Nalanda University.