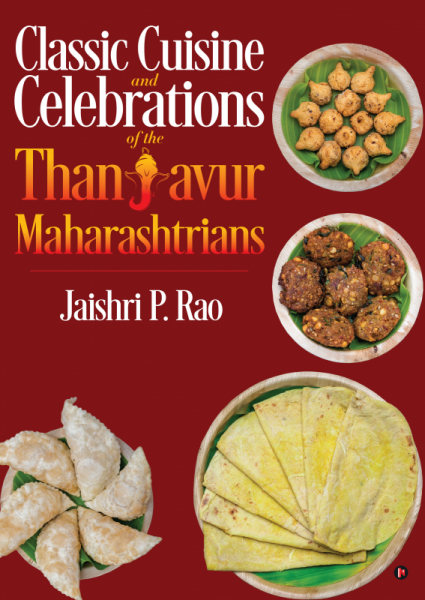 Classic Cuisine and Celebrations of the Thanjavur Maharashtrians

Did you know legends have it that sambhar originated in the Royal Kitchen of the Thanjavur Maharashtrian Kings? Did you know that poli, pitla, rasa vaangi and daangar were introduced to Thanjavur by a small diaspora of the Maharashtrian immigrants to this province?

The Thanjavur Maharashtrian Desastha community, whose origins can be traced to the latter half of the 17th Century, are known for their immense contribution in fostering cuisine, arts, music and literature.

Classic Cuisine and Celebrations of the Thanjavur Maharashtrians introduces the reader to the foods and festivities of this diaspora. It also provides an introduction to the pujas, when and how they are performed, with a lot of interesting trivia.

Festivals and food go hand in hand. The first part of the book features recipes for the naivedyas, while the second part is devoted to the signature recipes of the Desasthas. It features more than a hundred and fifty recipes ranging from fluffy pooran polis and crunchy ambodes, to a medley of modaks, varieties of mixed rice, kheers, traditional sweets, snacks, chutneys, powders, curries, sambhars and rasams. They contain no onion or garlic and are sattvik in nature. This book is an effort to encourage young home makers to revive traditions they grew up with, to help them relive their festive experiences during their childhood and introduce their children to it.

“…As a person in the 8th decade of my life, reading this book gave me happy memories of my own childhood and the various dishes which I enjoyed in my youth particularly cooked by my mother…”

“…The book has been written in a very reader-friendly manner so that for every festival, the complete set of dishes are described and various options are so beautifully explained that the recipes themselves may act as a trigger for every person to try her/his own creativity on the culinary front…”

“…The colourful photographs enhance the value of the book and literally can lead to mouth-watering anticipation...” 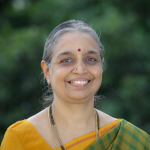 Jaishri P. Rao is a graduate of Literature from the Madras University. She hails from a traditional Thanjavur Maharashtrian Desastha family. A home maker, her varied interests include music, reading and crosswords. Traditional cooking remains her foremost passion. Classic Cuisine and Celebrations of the Thanjavur Maharashtrians is the author’s first book.